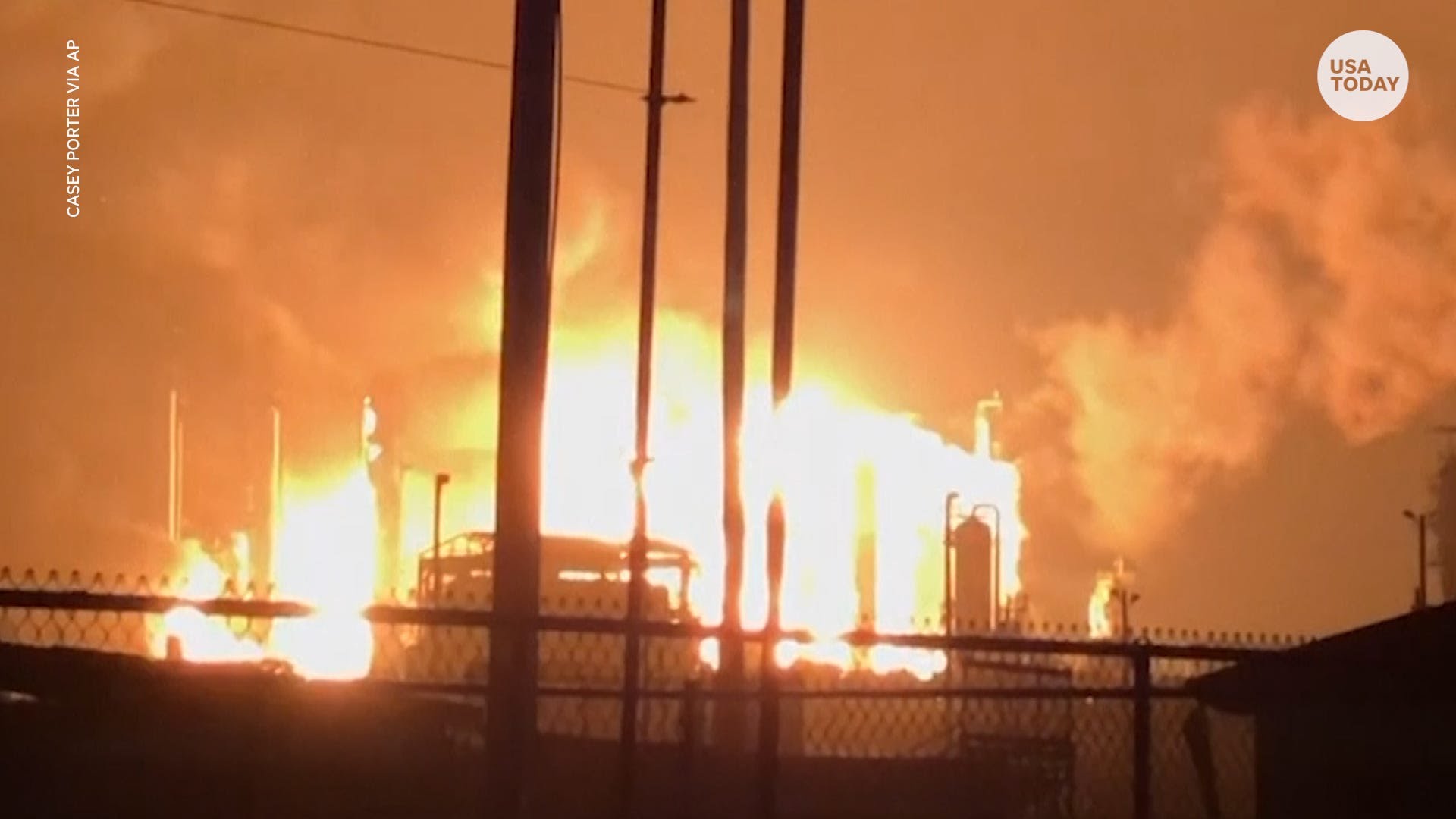 A Port Neches, Texas, chemical plant exploded, rattling homes miles away from the blast. Some homes and businesses were evacuated.
USA TODAY

Officials at the TPC Group plant in Port Neches said three employees were injured but did not detail the injuries. All employees were accounted for, the company said.

“There’s extensive damage throughout the city,” Police Chief Paul Lemoine said. “Please stay off the roads anywhere near the refineries. Obey all the barricades that are in place. We are doing everything we can to keep everyone safe and informed.”

“That’ll get you up quickly in the morning,” he told the Beaumont Enterprise after the 1 a.m. blast.

The company said it has activated its Emergency Response Plan and requested assistance from Port Neches Fire Department and other first responders.

“The event is ongoing but will be brought under control as quickly and safely as possible,” TPC said in a statement.

The massive explosion at the plant early on Nov. 27 sent a large fireball into the sky, media reports said, triggering a mandatory evacuation.
COURTESY OF RYAN MATHEWSON VIA AFP/GETTY IMAGES

The Nederland Fire Department in Jefferson County called for evacuations within a half mile of the plant. In neighboring Orange County, County Judge John Gothia issued a shelter-in-place order for some areas downwind of the plant due to a chemical plume.

Gothia urged residents to stay inside, close windows and turn off fans and air conditioning units off.

TPC Group, headquartered in Houston, manufactures butadiene and other chemicals used in synthetic rubber, fuels, lubricant additives, plastics and surfactants. The company has manufacturing facilities in the industrial corridor adjacent to the Houston Ship Channel and Port Neches, Texas, and operates a product terminal in Lake Charles, Louisiana. Port Neches is about 100 miles east of Houston.

“Right now our focus is on protecting the safety of responders and the public and minimizing any impact to the environment,” the company said.