ISLAMABAD: A no-trust motion against the deputy speaker has been withdrawn after the government acceded to the opposition’s demand for a review of bills it said were “bulldozed” through the National Assembly a little over a week ago.

Following extensive discussions, both sides took to the assembly floor on Friday to announce steps indicating a welcome thaw in the increasingly frigid relations between the government and opposition. 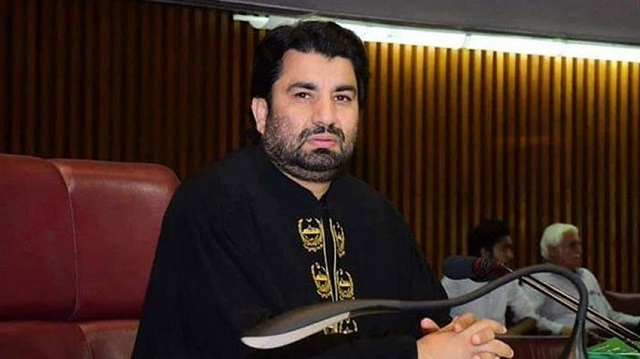 The bills passed in the whirlwind November 7 session will now be forwarded for debate in the relevant standing committees, while the opposition will not pursue its no-confidence motion against Pakistan Tehreek-e-Insaf’s (PTI) Qasim Khan Suri.

Addressing the assembly, Pakistan Muslim League – Nawaz (PML-N) leader Khawaja Asif said the decision was taken following an agreement between the government and the opposition to pursue legislation on important matters with consensus.

Defence Minister Pervaiz Khattak said that meetings between the government and opposition over the past few days proved to be very effective and both sides have agreed to move forward together to ensure smooth functioning of the parliament.

He vowed that both sides would respect the sanctity of the country’s most important institution.

Bills on these three ordinances, he said, will be brought with consensus.

November 7 session and its fallout

In the November 7 session, the lower house of parliament had passed a record number of government bills in just over an hour, amid a vehement protest by opposition lawmakers who were not allowed to speak during the entire session.

The government introduced a total of 15 bills, 11 of which were approved with majority vote. These bills also incorporated nine ordinances, including seven recently promulgated ones. The NA also gave 120-day extension to three ordinances.

The house passed nine bills after their presentation as ordinances. The Rules of Procedure and Conduct of Business were dispensed through passage of motions for immediate consideration of the bills following which these were passed after voice voting, by skipping their mandatory three readings.

Two other bills passed after reports of relevant standing committees were the Code of Civil Procedure (Amendment) Bill 2019 and the Naya Pakistan Housing and Development Authority Bill 2019.  Minister of state for parliamentary laid the Recovery of Mortgage-backed Security Ordinance, 2019.

Opposition lawmakers described the NA proceedings as the “darkest hour in the parliament’s history” and later filed a no-confidence resolution against Suri.

“We the following members understand that the Deputy Speaker of the National Assembly violated the Rules of Procedure and Conduct of Business, 2007 and lost the confidence of the majority of the House,” read the resolution.

“Thereby we moved Resolution under Article 53(7)(c) of the Constitution of the Islamic Republic of Pakistan against Deputy Speaker of the National Assembly of Pakistan.”

The no-confidence move against Suri had come on the heels of his disqualification and de-seating by an election tribunal in September, which was overturned by the Supreme Court in October. China passes law to reduce pressure on children from homework