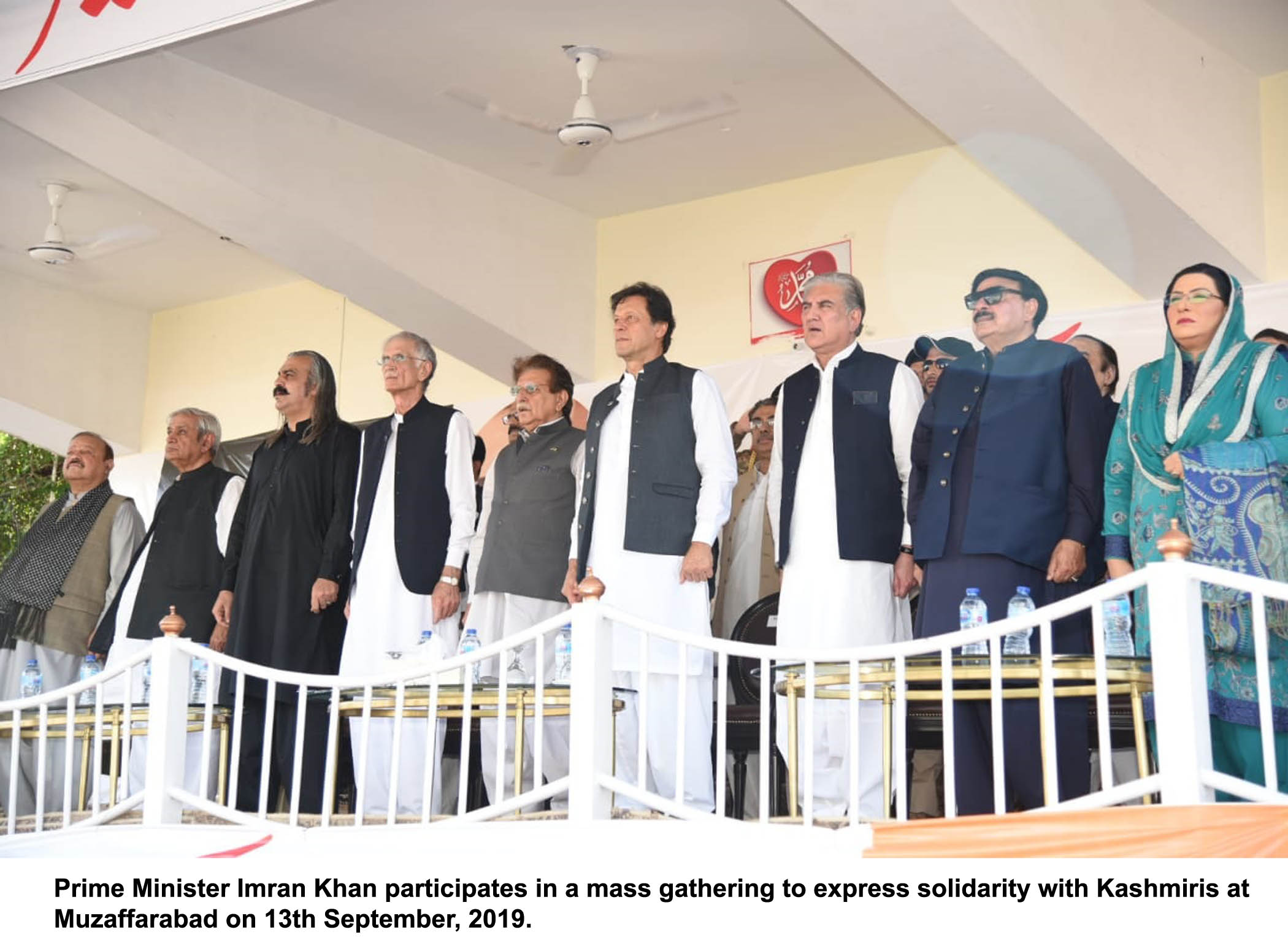 Imran Khan said for the first time, the European Union also called for resolution of Kashmir issue in light of the UN Security Council’s resolutions.

He said those resolutions called for giving a chance to Kashmiris through a plebiscite to decide their fate.

He said 58 members of the UN Human Rights Council acknowledged the oppression going on against Kashmiris in Occupied Kashmir.

He said American Senators wrote a letter to US President Donald Trump asking him to intervene in the Kashmir situation.

The Prime Minister said there will be strong reaction to the atrocities being committed by the Indian forces in the Occupied Kashmir.

He warned India to refrain from any eventuality as Pakistan will give a befitting response to any misadventure.

Imran Khan also urged the international community to play its due role in stopping Narendra Modi from using force against Kashmiris, lift curfew from the Occupied Kashmir, and let the people of Kashmir to decide their fate through a referendum.

Addressing the rally, Foreign Minister Shah Mahmood Qureshi said Indian Occupied Kashmir is under strict communication blackout and the world should take notice of this.

The Foreign Minister said public life in Azad Kashmir is free, while thousand’s of Kashmiris have been detained in the Occupied Kashmir by the Occupation Indian forces.

He said there was no bar on internet, TV broadcasts, mobile service, and publication of newspapers in Azad Kashmir, while situation is totally opposite in the Indian Occupied Kashmir.

Prime Minister Azad Jammu and Kashmir Raja Farooq Haider says Kashmiris will continue their struggle till the realization of their right to self-determination.

Addressing the rally, he said today is the fortieth day of continuous Indian curfew and lock down in the held territory, resulting in miserable conditions of Kashmiris. He said it is the month of Muharram and the sacrifice of Hazrat Imam Hussain (AS) teaches us that we should never bow down against the tyranny.

AJK PM said people of Azad Kashmir are determined to cross LoC to meet with their oppressed brothers and sisters in Occupied Kashmir.

He said Pakistani government should not be duped by offer of bilateral talks by India, as New Delhi will use these to strengthen its status quo in Occupied Kashmir. He said after the steps taken by India, Simla Agreement has become irrelevant.

Raja Farooq Haider said Kashmiris on both sides of Line of Control are looking towards Pakistan as their savior. He expressed confidence on armed forces of Pakistan that they will stand up to our expectations when the testing time comes.

Raja Farooq Haider appreciated the steps taken by Government of Pakistan after the unilateral action of India to change the status quo in Occupied Kashmir on 5th of last month. He expressed gratitude to the efforts of Pakistan at all international forums, including the UN, to raise the plight of Kashmiris.

He said an international conference on Kashmir will be held later this month to highlight the oppression of India on innocent Kashmiris.