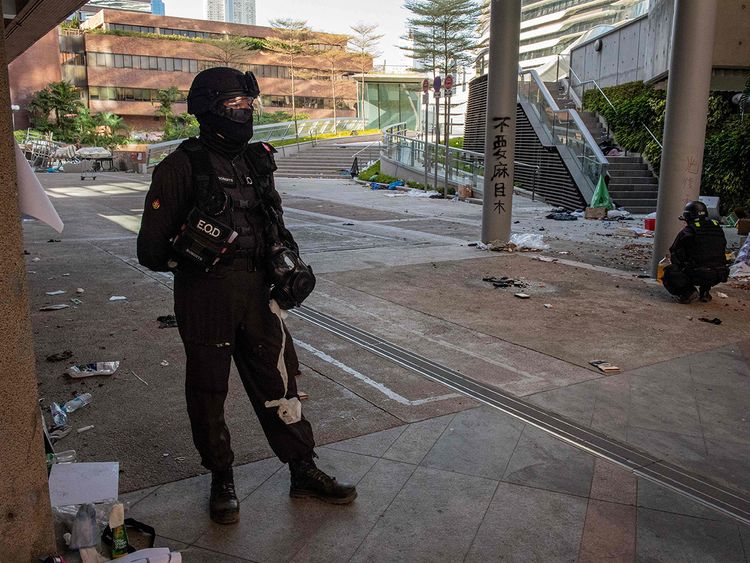 Trump had seemed reluctant to sign the bill but with almost unanimous US congressional support for the measure, he had little political room to maneuver.

In a statement, Trump spoke of “respect” for Chinese President Xi Jinping and said he hoped the “leaders and representatives of China and Hong Kong will be able to amicably settle their differences.”

China warned Thursday that it was ready to take “firm countermeasures” against the United States after Trump’s move.

“The nature of this is extremely abominable, and harbours absolutely sinister intentions,” the foreign ministry said in a statement, without specifying what measures Beijing might take.

Hong Kong’s government on Thursday expressed “extreme regret” at the decision. accusing Washington of “interfering” in the city’s domestic affairs.

“The two acts are obviously interfering in Hong Kong’s internal affairs,” a government official said in a statement, warning the move would “send the wrong message to the protesters”