The Purchasing Managers’ Index (PMI) for China’s manufacturing sector edged up to 50.2 in November from 49.3 in October, the National Bureau of Statistics (NBS) said on Saturday.

A reading above 50 indicates expansion, while a reading below reflects contraction.

The sub-index for production and new orders rose to 52.6 and 51.3 in November, up 1.8 and 1.7 percentage points from October, respectively – the highest since the second half of the year. 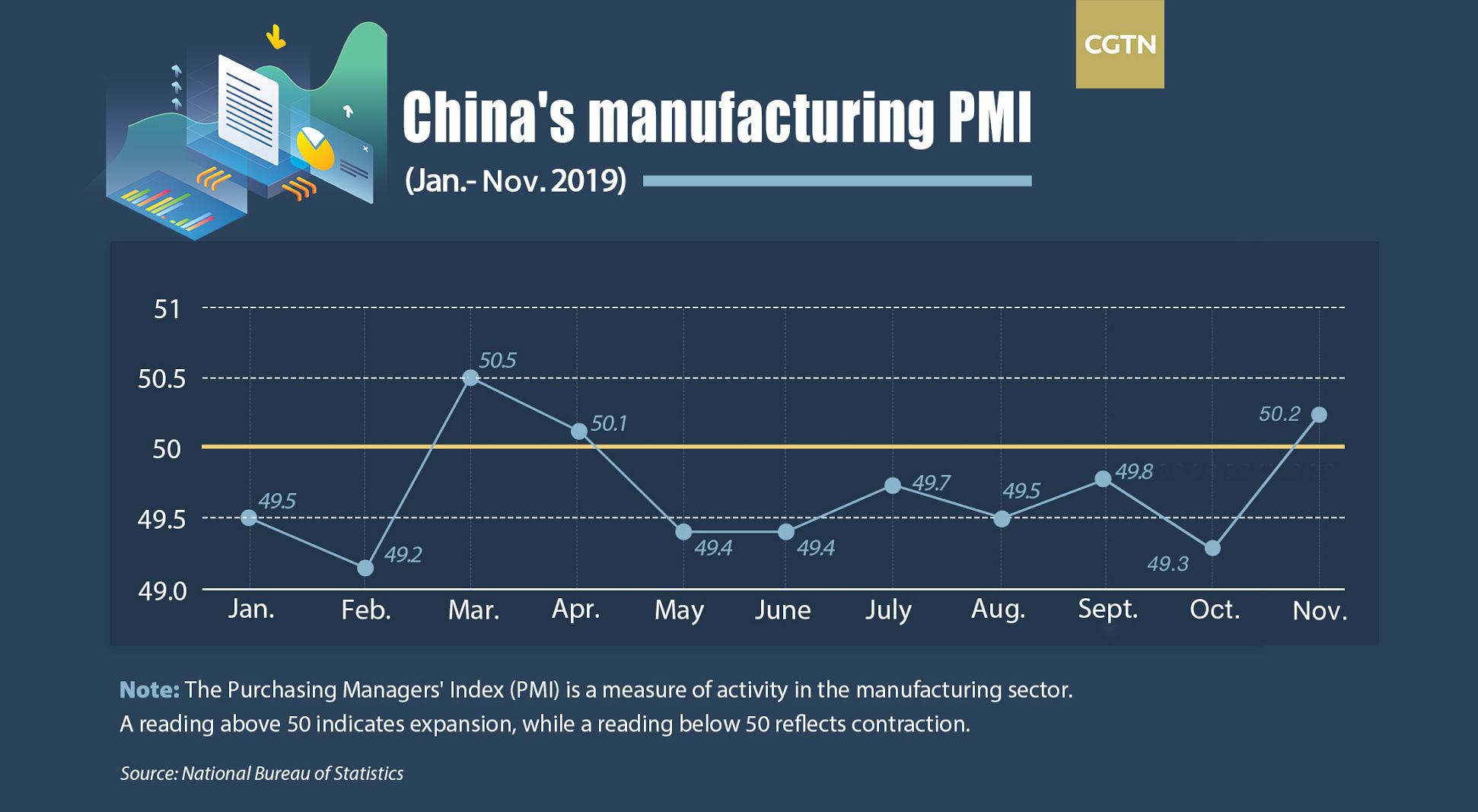 Export and import orders saw an increase, thanks to increasing overseas orders for Christmas and growing domestic consumption, up 1.8 and 2.9 percentage points from last month at 48.8 and 49.8 in November, respectively.

NBS data also shows that the PMI for China’s non-manufacturing sector came in at 54.4 in November, the highest since April, up from 52.8 in October,  indicating that the non-manufacturing industry maintained its overall expansion momentum.