A fighter jet of the Indian Navy crashed on Saturday near Goa, reported Indian media.

The aircraft, a MIG-29k, crashed shortly after take-off. Both pilots ejected and a search and rescue operation is underway. 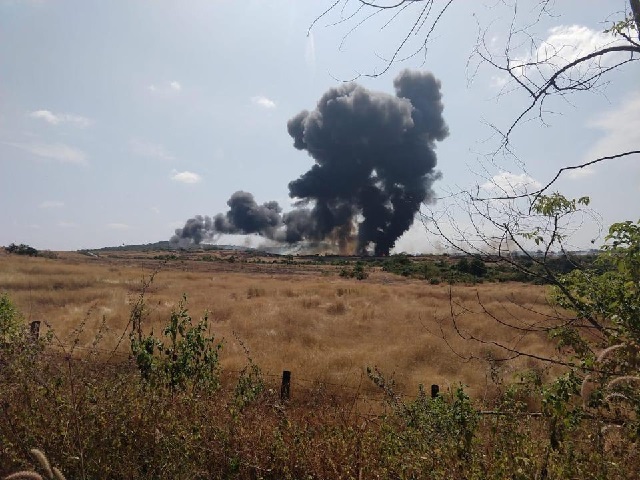 MIG-29K of the Indian Navy crashes in Goa, pilots eject

According to Indian Navy, the trainer aircraft crashed as it suffered an engine fire. Indian media, however claimed that it was due to a probable bird strike.

In September, an Indian Air Force (IAF) MiG-21 crashed near the Gwalior Air Force Base in Madhya Pradesh.

According to another Indian media report, more than 170 Indian pilots and 40 civilians have been killed in air crashes since 1970.

All these crashes involved fighter planes and most were attributed to MiG-21 jets, which have had 210 accidents from 1963-2015.

The MiG-21 is also the aircraft shot down by the Pakistan Air Force in February this year, which led to the capture of IAF Wing Commander Abhinandan Varthaman.

It is a Soviet-era single-engine multi-role fighter and ground-attack aircraft that was first inducted into the IAF in the 1960s and upgraded to the MiG-21 Bison version in 2006.