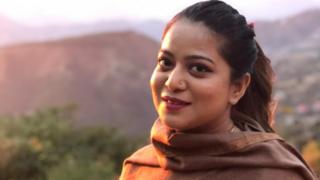 New Delhi (KMS): The Delhi High Court on Tuesday granted bail to Jamia Millia Islamia student Safoora Zargar, who was arrested by Indian police on the charges of instigating protests against the anti-minorities, particularly anti-Muslim, citizenship laws, earlier this year.

The arrest of Safoora Zargar, who was three-month pregnant at the time of her detention on April 10, had triggered global outrage. Over fifty people had died during the anti-Muslim riots that swept Delhi in February.

The police had called her a “key conspirator” in the anti-Muslim riots. Ms Zargar’s family denied the allegations, saying that she had only been a part of protests against a controversial citizenship law.

However, Ms Zargar was charged under the Unlawful Activities Prevention Act (UAPA) – a draconian law that makes it nearly impossible for the accused to get bail. Her incarceration in the overcrowded Tihar jail had caused a lot of concern, especially at a time when India was under a strict lockdown to fight the coronavirus pandemic. Given the COVID-19 pandemic and the ease with which the disease can spread in overcrowded prisons, concern had been expressed about her health and safety in Tihar jail.

The bench of Justice Rajiv Shakhdher granted Zargar bail on furnishing a bond of Rs 10,000, but on certain conditions.

“I am very grateful to the high court. Her arrest and detention was a travesty. A rather graceless and absurd case was made out by the status report filed in opposition to her plea for bail. Indeed, the state had opposed her bail all through, and in these dreadful COVID days, she has remained in detention for over two months on an untenable case,” Ramakrishnan, Zargar’s lawyer, told media. It’s time to double down on economic diplomacy