Maulana Fazlur Rehman, along with other PML-N allies, had attended the inauguration of what was billed as the “Western route” of the CPEC corridor in December 2015. This was a follow-up of the multi-party conference held earlier to allay the fears that this route was being neglected. As early as May 29 of 2015, this column noted that “the allocation pattern of federal development funding suggests that the eastern route is the priority of the government”. Senator Taj Haider of the PPP raised the issue in the Senate. The Maulana and other leaders of Balochistan and Khyber-Pakhtunkhwa (K-P) had been expressing their concerns too. The government took the position that the corridor was not one route, but three and the Western route was one of them.

Shahbaz Rana’s recent story (The Express Tribune, October 23, 2019) makes it official. There was no Western route. It is only now that Pakistan has requested China for a framework agreement in the meeting of the CPEC Joint Working Group on Transport Infrastructure held earlier this month. On November 12, 2015, the fifth meeting of the Joint Cooperation Committee (JCC) of CPEC did talk of “one corridor with multiple passages”, but to begin with the longest rather than the shortest passage of Burhan-DI Khan-Quetta-Surab-Gwadar could not have been the Chinese priority. While their strategic objective is to have an alternative shorter route for importing oil and exporting their goods, a no less important objective is that the resulting connectivity opens up new and greater opportunities for their less developed Western regions. Gwadar is visualised as a crucial link in the supply chain. 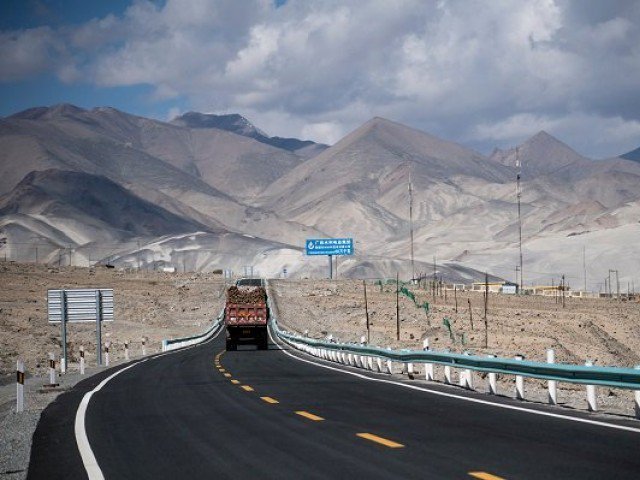 Shahbaz Rana’s recent story (The Express Tribune, October 23, 2019) makes it official – there was no Western route

The choice on our side should have been the same. The Western route was like a mini Marshall Plan for the areas that have suffered centuries of neglect, first at the hands of the extractive colonialists and then the elite capturing the state after Independence. In an attempt to secure the captured state, the elite sells all kinds of explanations for its self-serving actions. The Western route is no exception. The sock-in-trade argument is security. With a rugged terrain, sparse population and a history of terrorist occupation and attacks, the route would be difficult to build in time. Even if it was built at great financial and human cost, it would continue to pose a threat to the Chinese wares. The alternative would cost less, and be ready in time as only some missing portions had to be constructed. As a matter of fact, the cost of these missing links has been enormous. The route is still not functional and new security divisions had to be funded to safeguard the route. Located as it is in a backward province, Gwadar, the dream destination of these new silk roads, received the least attention.

Would the so-called backward regions ever get a chance to come out of their wretchedness? The emergence at the centre of a party that ruled a backward province has not made any difference. The key among its misplaced priorities is to launder the elite that have captured the state. So long as it is clean, there are no qualms over the elite capture! An attempt to resurrect the colonial FATA had to be thwarted by the courts. An unusual meeting of the industrial “robber barons” with the security establishment brought the subject of smuggling on the border with Iran. There were no takers when told to provide these wretched of the earth alternative employment through industrialisation.

For how long a country that was broken into two pieces for the neglect of one would keep refusing to learn? One FC personnel martyred, two injured in exchange of fire with terrorists in North Waziristan: ISPR