Any action by India to stop palm oil purchases will hit at the heart of Malaysia’s industry. Palm oil is Malaysia’s biggest agricultural export 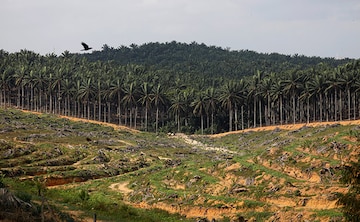 The trade spat between India, the world’s biggest palm buyer, and Malaysia is escalating

The Malaysian Prime Minister has reiterated his support to the cause of Kashmir and urged the world community to stand with the oppressed people of Jammu and Kashmir. He dispelled the Indian traders pressure in this regard.

The trade spat between India, the world’s biggest palm buyer, and Malaysia seems to be escalating, with an influential processors’ group in Mumbai asking its members to refrain from buying the tropical oil from the second-largest producer. Futures in Kuala Lumpur fell on Tuesday.

Malaysian Prime Minister Mahathir Mohamad last month told the United Nations that India “invaded and occupied” Kashmir. Since then, Indian buyers of palm oil have been turning to Indonesia for supplies because of concerns that Prime Minister Narendra Modi will curb purchases of the vegetable oil from Malaysia.

“The recent developments pertaining to strained relations between our nation and Malaysia have put a lot of responsibility on our industry in view of huge imports of palm oil” from the Southeast Asian country, the Solvent Extractors’ Association of India said in a statement on Monday. “In your own interest as well as a mark of solidarity with our nation, we should avoid purchases from Malaysia for the time being.” 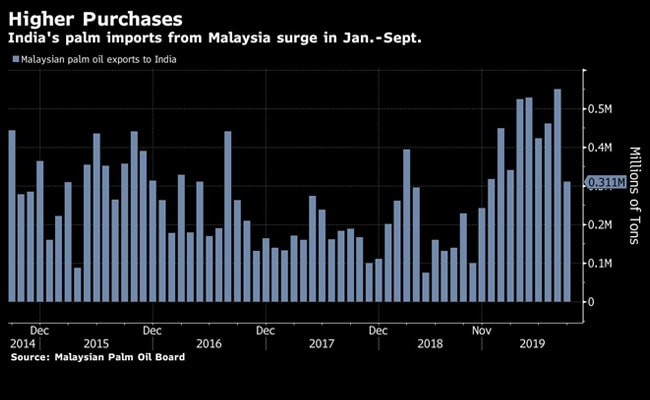 Any action by India to stop palm oil purchases will hit at the heart of Malaysia’s industry. Palm oil is the country’s biggest agricultural export, with India purchasing about 3.9 million tons between January and September, worth about $2 billion. That’s more than double last year’s shipments after New Delhi cut import duties on the commodity in January 2019.

Mahathir said on Tuesday that he won’t retract his comments about Kashmir and won’t bring the palm oil issue with India to the World Trade Organization “at the moment.” Palm oil in Kuala Lumpur fell 1% to 2,263 ringgit a ton, in a further retreat after closing at the highest in eight months on Friday.

“It’s huge step and will have a negative impact on Malaysian palm producers,” said Gnanasekar Thiagarajan, head of trading and hedging strategies at Kaleesuwari Intercontinental. “Though there is enough oil in the pipeline, some tightness in the palm oil market is expected due to the developments, which could benefit other vegetable oils.”

The spat is the latest regional diplomatic dispute to impact trade flows. South Korea and Japan’s disagreement earlier this year over the latter’s colonization of the Korean Peninsula has resulted in stricter export checks and hits to tourism, while the China-U.S. conflict over issues including intellectual property has roiled global trade flows and financial markets.

Indian processors should boost purchases of vegetable oils from other countries such as Indonesia, Ukraine and Argentina to make up for the shortfall in purchases from Malaysia, said B.V. Mehta, executive director of the processors’ group