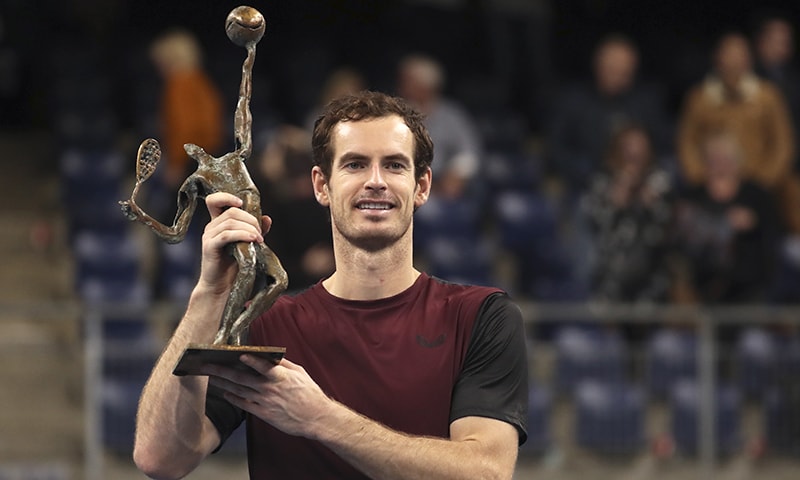 Former world number one Murray, rebuilding his game after career-saving hip surgery earlier this year, fought back from a set and 3-1 down against Wawrinka to claim his 46th career title.

“It means a lot. The last few years have been extremely difficult,” Murray, who broke down in tears at the end, told Amazon Prime.

“Both me and Stan have had a lot of injury problems in the last couple of years. It’s amazing to be back, playing against him in the final like that. I think it was a great match.” “I didn’t expect to be in this position at all. I’m happy, very happy,” added Murray whose ranking has plummeted to 243 in the world.

Fourth seed Wawrinka, also hunting his first title in over two years, broke Murray in hisopening serve game — enough to secure the first set in this 20th meeting between the pair.

The Swiss again broke Murray early in the second but the Scot hit back to level for 3-3 and then forced a deciding set as Wawrinka lost his serve for the second time.

Wawrinka again gained the upper hand as he broke for 2-1 in the final set, but Murray responded as the players traded breaks in four consecutive games.

With Wawrinka serving to stay in the match, Murray brought up championship point after almost two and a half hours and wrapped up his first title since Dubai in 2017 when his opponent strayed wide.