KAULA LUMPUR: Malaysia’s parliament on Wednesday scrapped a law making “fake news” a crime, which critics say was aimed at curbing dissent, a year after an initial attempt to repeal the legislation was blocked by an opposition-controlled senate.

The Anti-Fake News Act 2018 was passed by former Prime Minister Najib Razak’s administration just weeks he lost the May 2018 election to an alliance led by Mahathir Mohamad, who had promised to scrap the law.

Parliament debated a motion to repeal the law for two days before passing it on Wednesday with a simple majority. 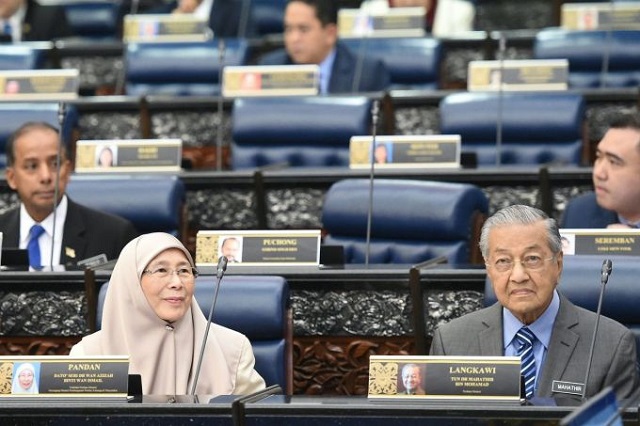 Rights groups had denounced the law, which allowed fines of up to 500,000 ringgit ($119,000) and jail terms of up to six years, as repressive and accused Najib of using it to cover up allegations of graft and mismanagement.

“The demise of the rights-abusing anti-fake news bill is welcome news that is long overdue,” Phil Robertson, deputy Asia director of Human Rights Watch, said in an email.

“Implementation of this law would have been a death knell for press freedom in Malaysia.”

The lower house of parliament had voted to abolish the law in August 2018, but the repeal was rejected by the upper house, or senate, which is dominated by Najib’s defeated Barisan Nasional coalition.

Malaysia was among the first countries to introduce an anti-fake news law.

Neighboring Singapore has passed a similar law, which came into effect this month despite objections from opposition politicians. Markets in Karachi to Open from Tomorrow