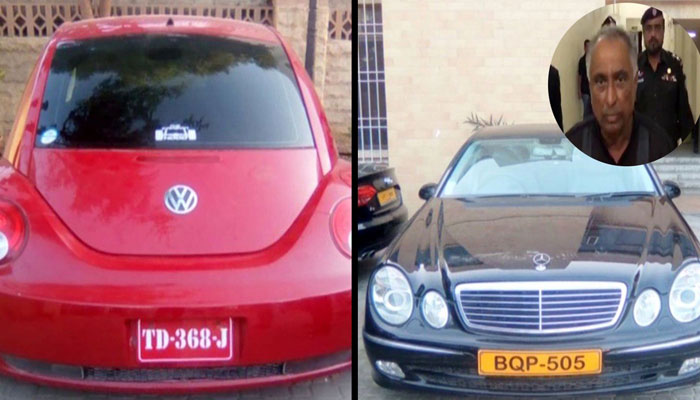 The anti-graft body alleged that the former DG, an adviser to Mayor Karachi Waseem Akhtar, headed a group of financial racketeers that included former members of the KMC and senior politicians from different political parties.

Qaimkhani was involved in setting up 71 ghost parks in the metropolis over a period of twenty years, according to a statement issued to media. He also registered fake companies for carrying out ‘repairs and maintenance’ in these parks, it further added.

NAB has decided to file up to three more references against the accused.

As per details, the luxury items recovered from the residence of Qaimkhani yesterday are worth Rs10 billion, while jewellery items seized from the house are worth Rs150 million.

Earlier on Thursday, officials of NAB Rawalpindi had acquired a three-day transit remand of Qaimkhani in the Bagh-e-Ibne Qasim scam. Qaimkhani was accused of awarding fake contracts as DG Parks in the metropolis, as well as illegally allotting a plot from land meant for a park in Clifton.

Qaimkhani, currently embroiled in a fake accounts case, was living in an opulent, palatial residence — worth millions, in PECHS society with sprawling lawns and a swimming pool.

His bathroom alone was spread over two marlas. Among valuables recovered from the former DG Parks’ house were eight imported luxury cars, gold bangles and necklaces, diamond jewellery, weapons, and files of millions of rupees worth properties in Lahore and Karachi.

Pleading innocence, the former DG Parks Qaimkhani said all the cases against him were false and staged, and that he will prove all the allegations wrong in the court of law. He said that he belonged to a landlord family and that all the properties are shared