The Olympic flame for the Beijing 2022 Winter Games was handed over on Tuesday to the Chinese organizers in a ceremony held at the Panathenaic stadium in Athens, Greece.

The Chinese delegation left the stadium with best wishes for the Olympic Winter Games from February 4 to 20 which will be followed by the Paralympics. 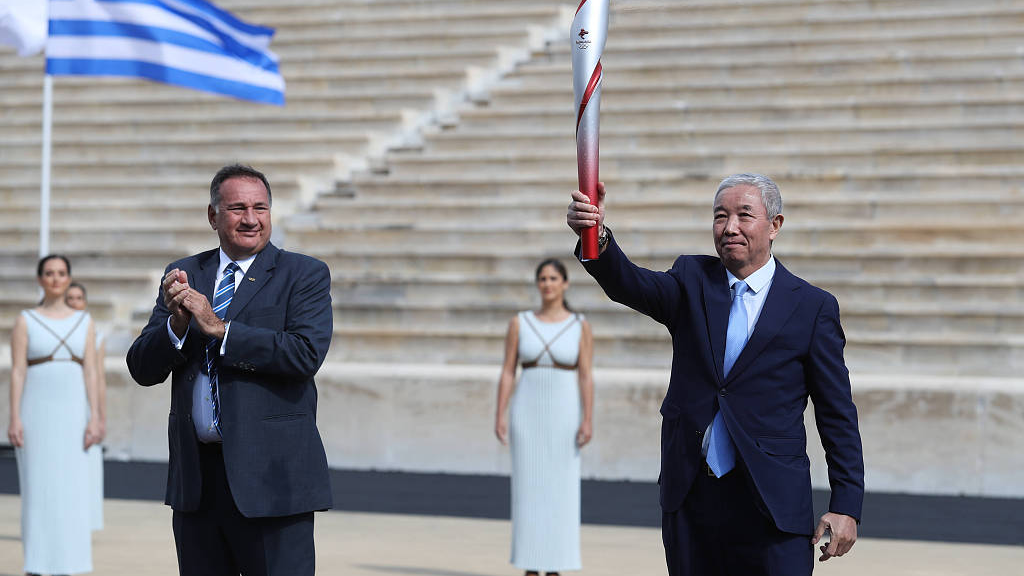 Several officials attended as well the lighting ceremony which was held on Monday at Ancient Olympia in western Greece, the birthplace of the Games centuries ago.

Both ceremonies were closed to spectators due to COVID-19 safety measures.

Inside the ancient stadium at Ancient Olympia where athletes once competed, a short symbolic torch relay was staged.

“Both I, and all Greeks, wish you good luck at the Beijing Winter Olympic Games,” said Capralos.

“Your history, your culture, your traditions, your faith in values and your great love for sport, give us the assurance, that you will organize excellent Games next February. Just as you did in 2008, with the Summer Olympic Games,” he added.

“Committed to a green, inclusive, open and clean approach to preparing and hosting the Games, we will deliver a simple, safe and splendid Games, which hopefully will help promote the Olympic Movement and the building of a global community of a shared future,” said Yu in his speech.

After both addressed their remarks, Capralos received the flame from Greek actress Xanthi Georgiou playing the role of an ancient Greek High Priestess, and passed it to Yu, marking the successful completion of the ceremony.

The flame was then transported to the Athens airport and headed for Beijing, the first city ever that will host both summer and winter Olympic Games.