TEHRAN (Tasnim) – Iranian President Hassan Rouhani will travel to New York on Monday to attend the annual gathering of world leaders at the United Nations next week. 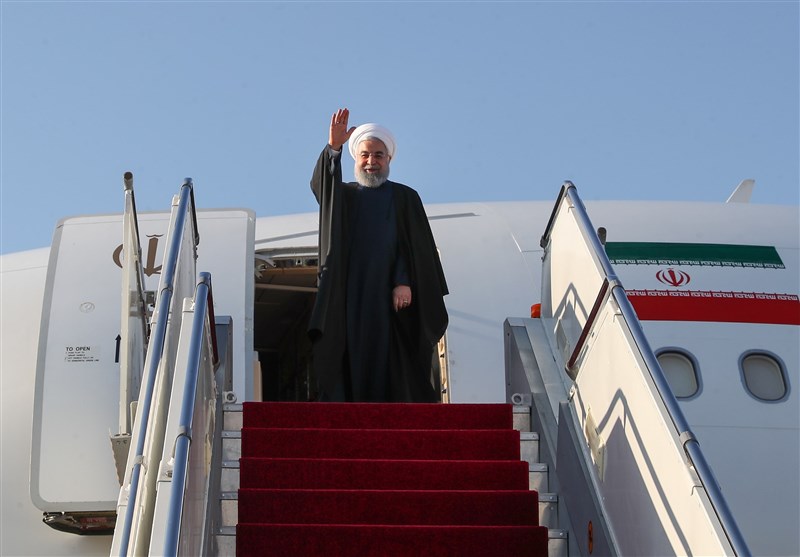 Heading a high-ranking delegation, Rouhani is slated to leave Tehran for New York to participate in the high-level meeting of the 193-member UN General Assembly.

Delivering a speech at the 74th UNGA meeting, holding talks with presidents and heads of states, and attending news conferences are on the agenda of Rouhani’s visit to New York.

The US’ delay in issuing visas for the Iranian delegation had put the trip to New York in doubt.

Iranian Foreign Minister Mohammad Javad Zarif said on Thursday that US Secretary of State Mike Pompeo was trying to delay issuing visas for the Iranian delegation to the upcoming United Nations General Assembly.

“@SecPompeo tries to dodge US obligation to issue visas for UN delegates by resorting to self-arrogated designation,” Zarif tweeted.

As the host government, the US generally is obliged to issue visas to diplomats who serve at UN headquarters.

Zarif’s departure on Friday also came shortly after UN Secretary-General Antonio Guterres said that the international body had intervened to solve the matter.

“We have been in contact with the host-state to solve all outstanding visa problems in relation to delegations and I hope that this will allow to solve the problem,” he said.

Trump has repeatedly signaled his apparent willingness to meet with Iranian officials in a bid to “renegotiate” the 2015 nuclear deal, known as the joint Comprehensive Plan of Action (JCPOA), with some analysts floating the idea that a meeting could take in the upcoming UN General Assembly.

Iranian officials have, however, dismissed any prospect of talks as long as the US doesn’t adhere to the previously multilaterally-agreed nuclear deal.

On Tuesday, Leader of the Islamic Revolution Ayatollah Seyed Ali Khamenei said that Iran will not engage in negotiations with the US “at any level,” and that Washington’s “maximum pressure” campaign against Iran had failed to achieve its goals