Slovenia’s first mosque opened in the capital Ljubljana on Monday after surmounting financial hurdles and right-wing opposition, 50 years after the initial request to build was made.

Opponents of the project — including those who criticised its Qatari financing — have repeatedly tried to halt it, and pig heads and blood have also been left on the site. 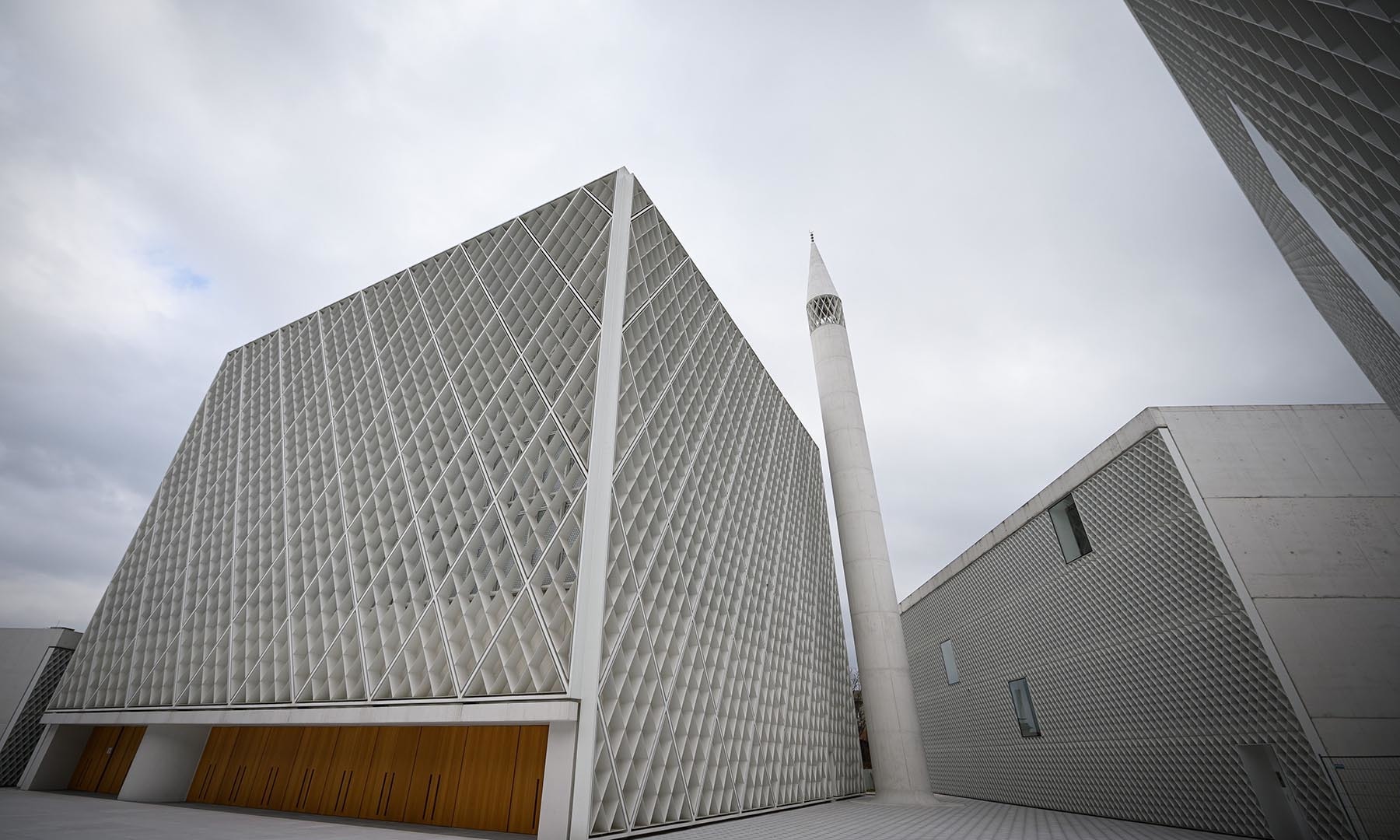 This picture shows the minaret and buildings of Slovenia’s first mosque, designed by the Bevk Perovic Arhitekti architecture firm, in Ljubljana. — AFPIslamic community head Mufti Nedzad Grabus said the mosque’s opening was “a turning point in our lives”.

“Slovenia is the last former Yugoslav state to get a mosque, making Ljubljana a capital rather than a provincial town on the edge of the world,” he told a press conference.

Muslims in the predominantly Catholic Alpine country first filed a request to build a mosque in the late 1960s while Slovenia was still part of the former Communist Yugoslavia.

The community finally received permission 15 years ago, but ran into opposition from right-wing politicians and groups, as well as financial troubles.

Construction, which began in 2013, cost some 34 million euros ($39 million), out of which 28 million euros were Qatari donations, according to Grabus.

Situated in a semi-industrial area of Ljubljana, the mosque, which can hold up to 1,400 people, constitutes the core of the six-building Islamic Cultural Centre.

The centre also comprises the community’s offices; an education centre, which includes a library; a restaurant; a basketball court; housing for the Muslim clerisy; and a 40-metre (131 feet) high minaret.

All the buildings are made from white concrete combined with steel, glass and wood. A large blue textile-made dome dominates the mosque’s interior, referring to heaven and reminiscent of famous mosques like Istanbul’s Blue Mosque. 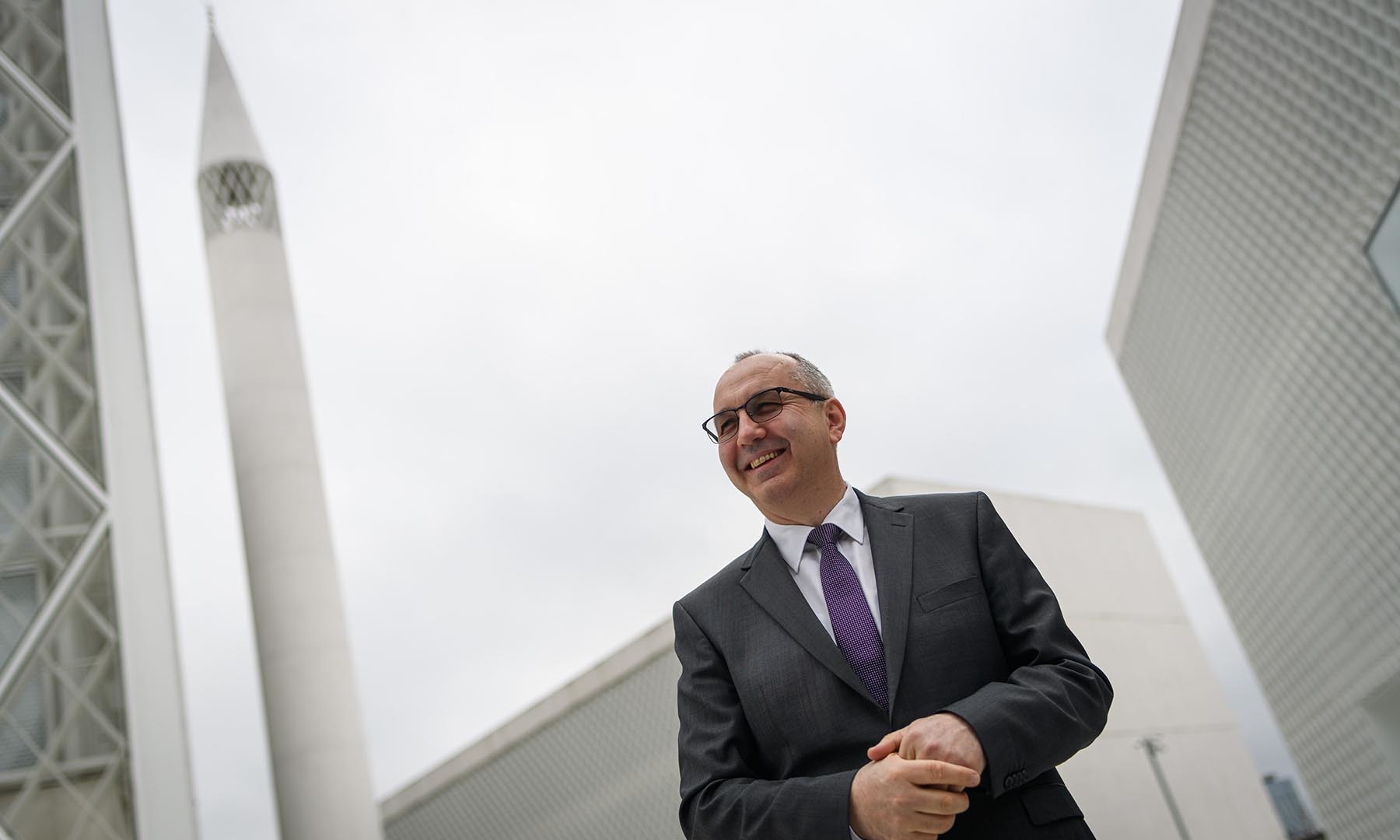 Mufti of the Islamic Community of Slovenia Nedzad Grabus addresses the media on February 3 in Slovenia’s first mosque. — AFP

Until now, Muslims have been worshipping and holding ceremonies in rented sports halls or buildings.

They make up 2.5 per cent of the country’s two million people, constituting the second biggest religious group, according to the last 2002 census. Grabus estimated there were around 80,000 Muslims currently.

Opponents of the project have twice tried to halt it, once in 2004 and again in 2009, by asking for a referendum. The constitutional court denied the requests both times.

Critics claim Qatar is one of the main financiers of terrorism.

Pig heads and blood were also tossed on the site in two incidents in 2016. Pigs are considered to be unclean and pork and its by-products forbidden under Islam.

Azra Lekovic, a Slovenian Muslim in her late 40s, described the mosque as “crucial”, saying her children, 22 and 24, had distanced themselves from the religion over the years.

“I hope it will allow my children to get in touch with the Islamic community again, to meet progressive people and find friends that share their religion,” the entrepreneur from Sezana in western Slovenia told AFP. Glowing tributes paid to Quaid-e-Azam on his death anniversary Why are India’s jails so overcrowded?

13 thoughts on “In pictures: Slovenia’s first mosque opens after 50 years”