Reuters – March 21, 2021
ISLAMABAD: As China marked the 50th anniversary Dr Henry Kissinger’s secret visit to Beijing from Islamabad, the former US secretary of state on Sunday hailed Pakistan’s pivotal role in bringing the United States and China closer in 1971.

Addressing a webinar titled ‘50 Years of China-US Relations’ organised by the China Development Forum, Dr Kissinger praised Pakistan for its key role during that period and how the then president, General Yahya Khan acted as a go-between China and US, communicating secretly with Chinese premier Zhou Enlai and US president Nixon, which led to Dr Kissinger’s path-breaking journey in a PIA plane from Islamabad to Beijing on July 9, 1971.

The former secretary of state recounted on how the first message from China was in the form of a handwritten note which was personally dictated to him in the White House by the then Pakistan’s Ambassador in Washington, Agha Hilaly. 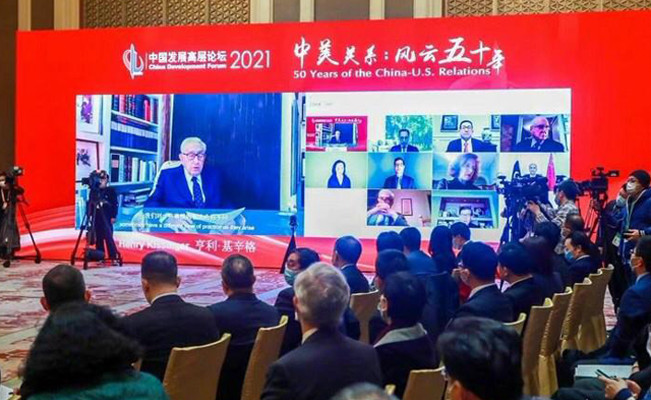 Speaking next after Dr Kissinger, Senator Mushahid Hussain, representing Pakistan, said that this historic breakthrough in China-US relations became possible due to the “indispensable role of Pakistan which enjoyed the trust of both China and the United States, whose then president, Richard Nixon, had tremendous affection and goodwill for Pakistan”.

Senator Mushahid said that former president Yahya Khan, once entrusted with this task by both Nixon and Zhou Enlai, undertook this sensitive mission with “military precision, secrecy and deception”, with an official announcement of a decoy visit by Dr Kissinger to Nathiagali on the pretext that “the American official was resting due to an upset stomach”, while he had secretly flown to Beijing.

He said that president Yahya relied only on a two-man team of his top diplomats, former foreign secretary Sultan Mohammed Khan and ambassador Agha Hilaly.

The Pakistani diplomat said, “it was an honour for Pakistan to play such an important role in the shaping of history, as Dr Kissinger’s visit to China led to a tectonic shift in the global balance of power in 1971”. He said that normalisation of relations had been beneficial for not just China and the US but also Asia and the world overall. 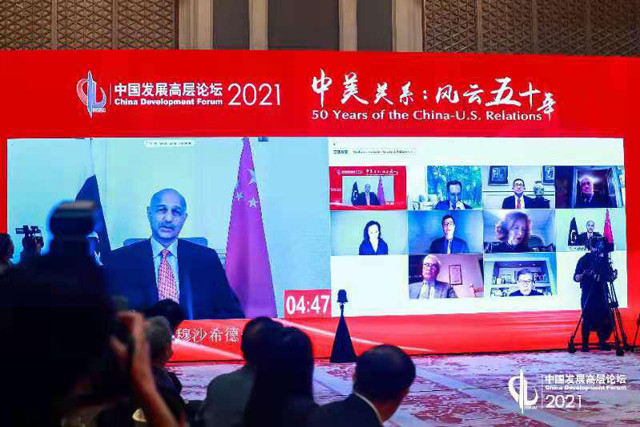 China had helped the US win the Cold War and the US helped China come out of isolation which led later to China’s reform and opening up policy that has transformed China, he added.

Senator Mushahid maintained 50 years later, one lesson of China-US relations is that cooperation is good for both the countries, and there is no room for outmoded policies like containment or a New Cold War.

The webinar took place a day after an unusually rancorous high-level meeting between officials of the two economic rivals in Alaska.

The top Chinese and US diplomats, in their first meeting of Joe Biden’s presidency on Thursday and Friday, publicly rebuked each other’s policies at the start of what Washington called “tough and direct” talks.

Last year, as tensions between Beijing and Washington worsened dramatically, the two countries expelled journalists and the United States shut China’s consulate in Houston, prompting China to shut the US consulate in Chengdu.