Ali Zaidi claims islands near Karachi’s coast fall in the jurisdiction of Port Qasim Authority. PHOTO: TWITTER/@AliHZaidiPTI
KARACHI: The Sindh government has withdrawn its earlier decision to hand over islands located off Karachi’s coast to the federal government after coming under pressure from people and political parties of the province.A day earlier, PTI’s Federal Minister for Maritime Affairs Syed Ali Haider Zaidi had said the federal government wanted to develop islands located in Karachi and accused the Pakistan Peoples Party (PPP) of ‘hypocrisy’ of opposing the ordinances aimed at creating an islands development authority.

The minister had also shared a letter from the Sindh government and a map of the area under the Port Qasim Authority (PQA), and claimed that the provincial government had given its consent in July to the construction project in Bundal Island.

In a letter – dated October 6 – addressed to the secretary of the cabinet division, the provincial government’s land utilisation department said: “The federal government instead of fulling proper criteria, has unilaterally promulgated Pakistan Development Authority Ordinance 2020, whereas the ownership of Bundal and Buddo Islands were illegally usurped by the federal government which is a clear and blatant violation of Article 172 (2) of the Constitution.”

It further added that the “illegal annexation” of the islands is tantamount to “changing the boundaries of our province which is again a violation of Article 239 (4) of the Constitution”.

“Sindh cabinet earlier took the strongest exception to it and demanded the federal government to withdraw the decision. Due to this illegal, unconstitutional and malafide act, Sindh cabinet has decided not to engage with the federal government for the purpose of developing the island and consequently the letter dated July 6, 2020, of Sindh government is treated as a nullity,” added the letter sent by the provincial government while referring to the provincial cabinet’s decision to reject the ordinance issued by President Arif Alvi.

The provincial government has changed its stance on the issue following a campaign in the province by right activists, Sindhi nationalists, civil society and others.

PPP Chairperson Bilawal Bhutto Zardari had also denounced the move and compared the “illegal annexation” of the islands to Indian Prime Minister Narendra Modi’s actions in occupied Kashmir. However, Zaidi later said the provincial government was creating a ‘drama’ as the Sindh government had consented to the move earlier.

Earlier on Tuesday, the Sindh cabinet unanimously rejected the Presidential Ordinance under which the Pakistan Islands Development Authority has been established and called upon the federal government to withdraw the ordinance at once.

The cat is out of the bag.
All can see how hypocritical PPP leadership is.
No unconstitutional steps have been taken on Bundle Island. Attached is a letter dtd July 2020 issued by the Sindh Govt!
For the record, island’s come under PQA coordinates. Notified port area below https://t.co/tiTsvco2Mz pic.twitter.com/DccY0DNQny

The ordinance, which emerged on social media on Friday aimed at developing cities, specifically on Bhandar and Dingi islands off the Karachi coast. Information Minister Shibli Faraz said in Islamabad that the federal government wanted to develop islands and protect the coastal areas. 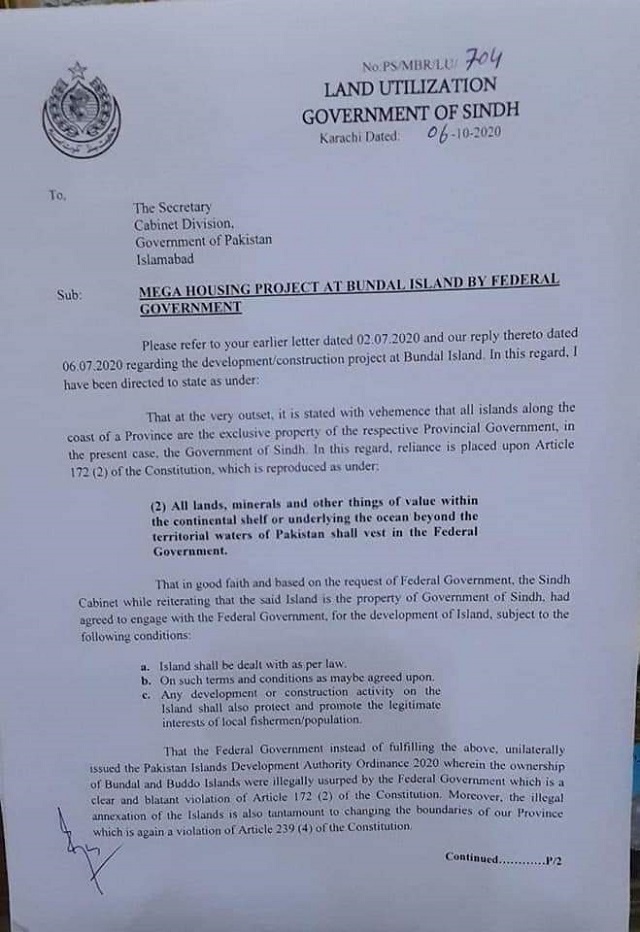 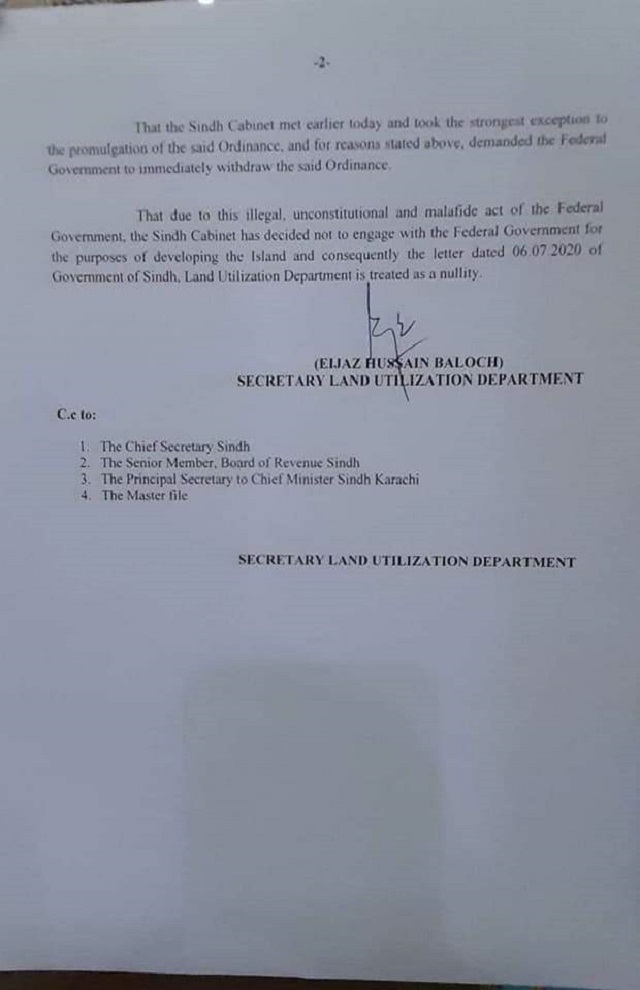 Pakistan wants to lift its people out of poverty but confronts with racist Modi govt: PM Imran Pakistan decides to reopen Kartarpur Corridor for all Sikh pilgrims