American teenager Coco Gauff made an impressive return to the Grand Slam stage as she brushed aside ninth seed Johanna Konta 6-3, 6-3 to advance to the second round at Roland Garros on Sunday.

It was her main draw debut at the French Open and the 16-year-old admitted she was nervous heading in to the match.

“I was really nervous going into the match,” said Gauff, who just suffered a first-round exit at the U.S. Open last month.

She said a little chat with her father later helped calm her down.

“Honestly, my dad told me something in the warm-up,” she said. “His goal was to become an NBA (National Basketball Association) player, and he didn’t make it. He told me, ‘You’re living your dream, not everybody gets to do that, just have fun on the court’.”

“I realized it’s just a tennis match. I’m doing some things that people wish they could do. Just go out there and enjoy it.” 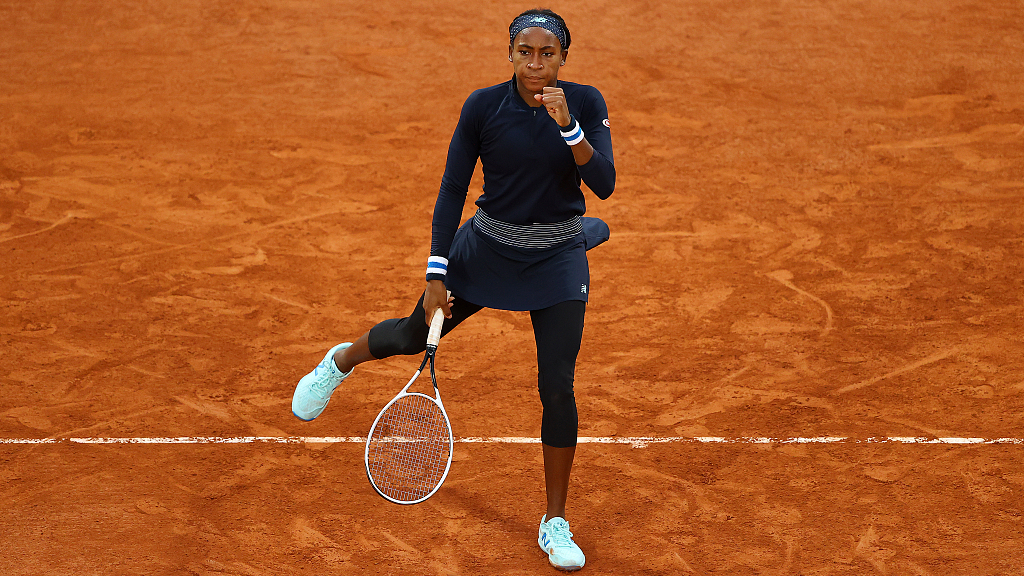 Coco Gauff reacts during the match against Johanna Konta at the 2020 French Open in Paris, France, September 27, 2020. /VCG

The youngest player in the main draw then dived into the match which saw her all business on the blustery and damp clay court in chilly Parisian weather.

She breezed through the opening set before dropping serve early in the second allowing last year’s semi-finalist Johanna Konta to move 2-0 up.

Gauff broke straight back, and again in a nine-minute fifth game to move 3-2 up, following up on serve to lead 4-2.

She served for the match at 5-2 but Konta broke back for 5-3. However, Konta failed to build on the momentum and collapsed in the following game, bowing out on the second match point when she netted a routine shot.

Gauff, whose best result at a Grand Slam was reaching the fourth round at the Australian Open earlier this year, will next face off Italian qualifier Martina Trevisan.