As much as 380 billion U.S. dollars from the U.S. Congress’ last big coronavirus aid package is unused and could help households and businesses if lawmakers approve, Federal Reserve Chair Jerome Powell and Treasury Secretary Steven Mnuchin said on Thursday.

That is far short of the 500 billion to 1 trillion dollars many economists had expected in new fiscal stimulus for the flagging recovery. But rising tensions between Republicans and Democrats have made a new relief package look increasingly unlikely ahead of the November 3 election. 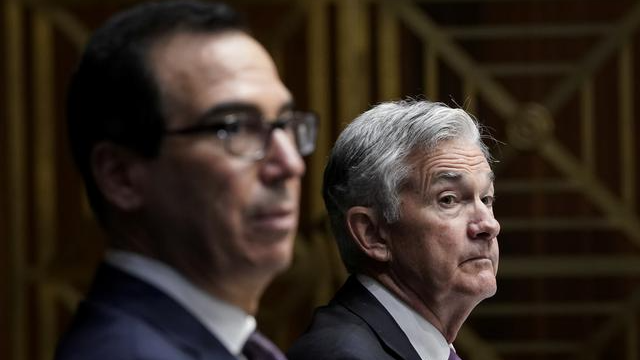 The unused money, authorized by Congress in March as part of a 2.3 trillion dollars aid package but not yet spent, could go a long way to tide over businesses and keep people who have lost work from losing their homes.

“It would not cost an extra penny,” Mnuchin told members of the Senate Banking Committee in a hearing on Capitol Hill, where he appeared jointly with Powell. Congress would need to give permission for reshuffling the money, he said.

The Treasury still has 200 billion dollars in unused funds earmarked to backstop emergency programs launched by the U.S. central bank after the coronavirus outbreak, Mnuchin said.

The Fed’s lending programs got far less use than initially thought, in large part because their very availability helped return disrupted credit and financial markets to more normal functioning.

Separately, a sum of some 130 billion dollars is left in the now-expired Paycheck Protection Program that could go to help small businesses, Mnuchin said.

In addition, Powell said in response to a question from committee chair Mike Crapo, most of the 75 billion dollars allocated to backstop the Fed’s Main Street Lending Program remains unused.

The program, which has so far lent about two billion dollars to medium-sized companies, could extend as much as 30 billion dollars in loans by year’s end, Powell said Thursday. 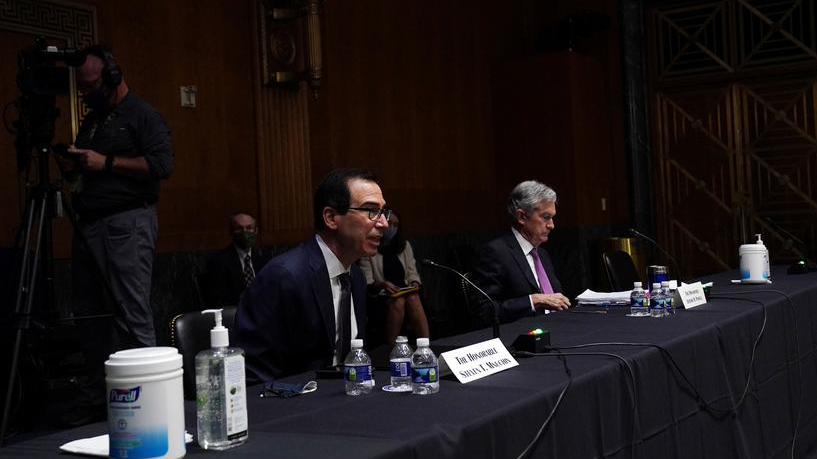 With the Treasury committing one dollar for every eight dollars loaned under the program, that would still leave idle 70 billion dollars of the Treasury’s backstop.

Under Crapo’s questioning, Powell agreed that some of the money – perhaps 50 billion dollars, Crapo said – could be put to better use to help the economy, including for the paycheck protection program to help small businesses “and after that I would say, something more for those who remain unemployed.”

Despite a return to growth, after last quarter’s sharpest economic downturn in the postwar period, 11 million Americans remain unemployed. Any money remaining from stimulus checks and extra unemployment benefits from the earlier pandemic relief package is quickly running out.

“The risk is they will go through that money, ultimately, and have to cut back on spending and maybe lose their home or their lease,” Powell said.

Without further government aid, he said, “we will see, sooner or later, probably sooner, we will see that the economy has a harder time sustaining the growth that we’ve seen, that’s the risk.”

The focus on reallocating unused sums from the earlier relief package has emerged as Congress remains deadlocked over providing new fiscal relief less than six weeks before Election Day.

Mnuchin told senators that he and House Speaker Nancy Pelosi had agreed to discuss stimulus further. Asked by reporters Thursday if she had heard from Mnuchin, Pelosi said, “I spoke to him yesterday. I don’t know if we have a call today or not.”