TikTok on Saturday confirmed that it has reached a proposed deal with U.S. companies Oracle and Walmart.

“We are pleased that the proposal by Tiktok, Oracle, and Walmart will resolve the security concerns of the U.S. administration and settle questions around TikTok’s future in the U.S.,” the company said in a statement.

Oracle will become TikTok’s technology provider and it’s also working with Walmart on a commercial partnership, the statement said. 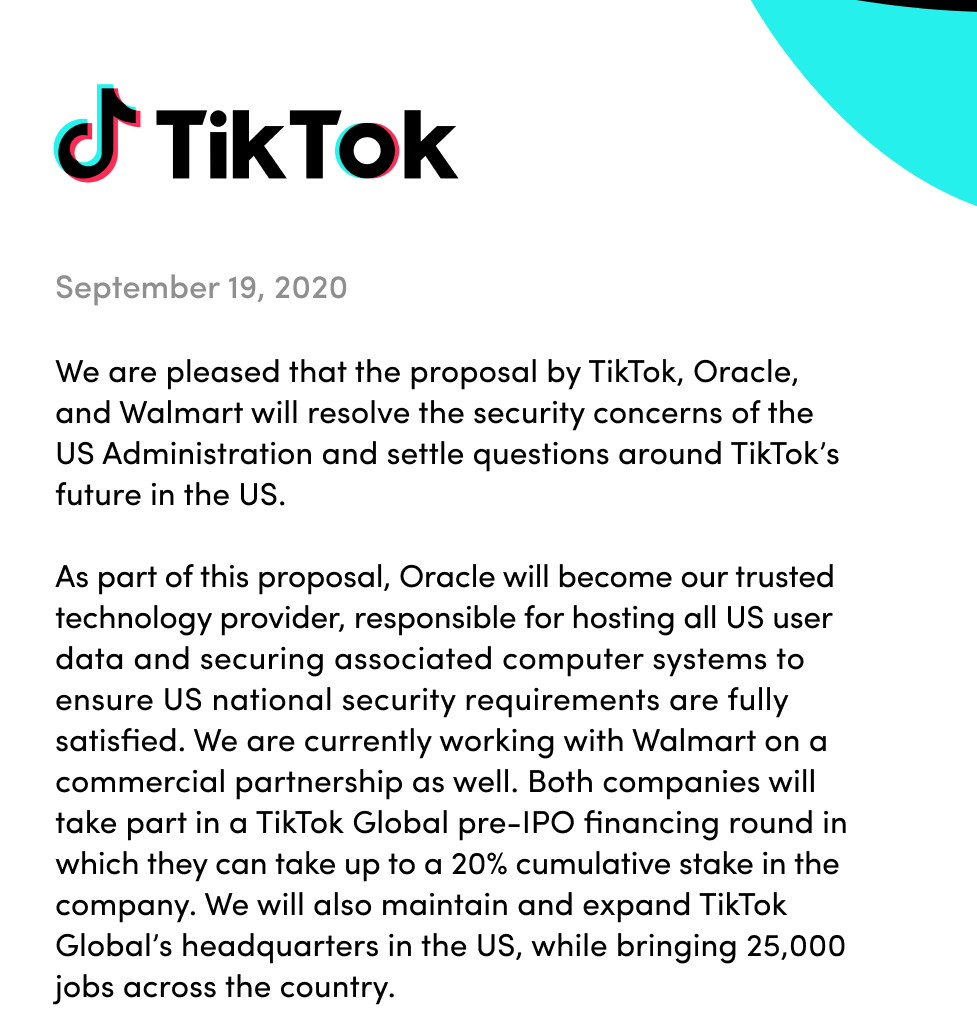 TikTok also said both companies will take part in the pre-IPO financing round for its new U.S.-headquartered company and take up to a 20 percent cumulative stake in the company.

Shortly after TikTok confirmed the deal, the U.S. Department of Commerce announced an order to delay TikTok’s U.S. app store ban by a week until September 27.

The order said the decision was taken “in light of recent positive developments,” and at U.S. President Donald Trump’s direction the ban will be postponed until 11:59 p.m September 27.

Trump on Saturday told reporters at the White House he backs the deal with TikTok owner ByteDance, Oracle and Walmart. “I have given the deal my blessing,” Trump said. “I approve the deal in concept,” he said, according to a Reuters report.

TikTok later replied that it disagreed with the decision and will continue to advance proceedings against Trump’s executive order.

WeChat developer Tencent on Saturday called the U.S. ban “unfortunate,” saying the company will continue discussions with the U.S. government for a long-term solution.