China surpassed the U.S. to become Germany’s largest export market for the first time in the second quarter of 2020, as China is recovering from the COVID-19 pandemic more quickly.

From April to June, the total value of German exports to China was close to 23 billion euros (about 27.25 billion U.S. dollars), the German Federal Statistical Office said. 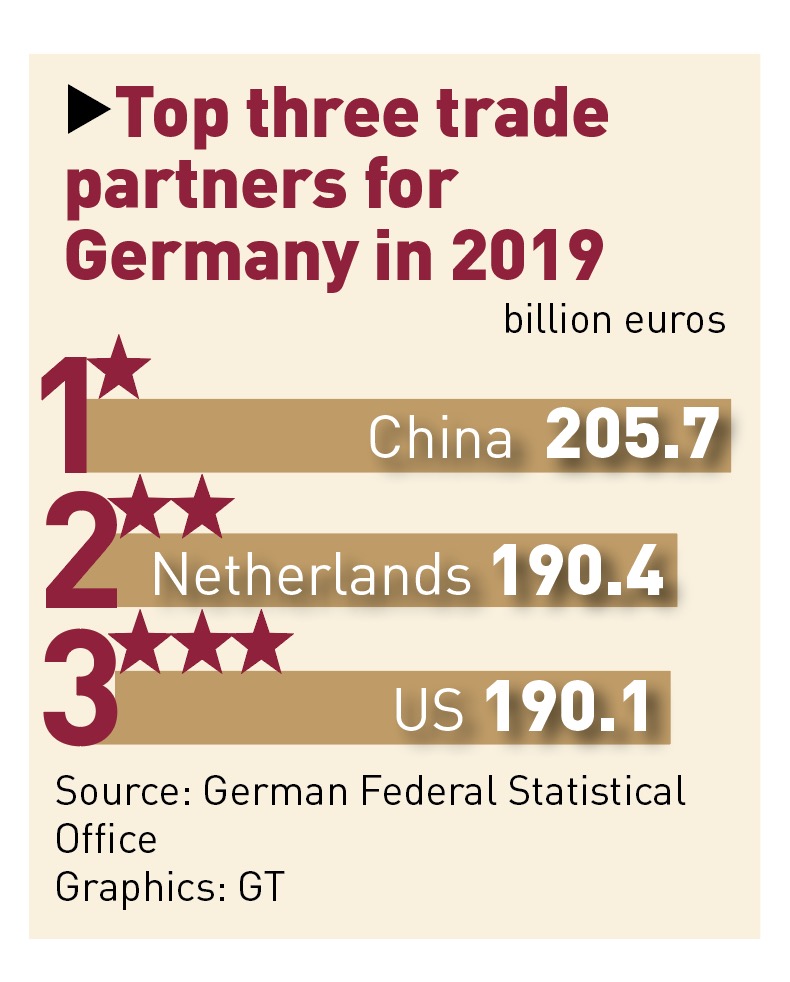 In contrast, Germany’s exports to the U.S. during the same period were only valued at 20 billion euros, and the U.S. had been the biggest buyer of German goods for many years.

German media outlet Frankfurt Report stated that German exporters are more dependent on Chinese business than ever before.

“If the Americans wield a big stick, then our prospects will be bleak,” said Anton Borner, the president-elect of the Federal Association of Wholesale, Foreign Trade and Services in Germany.

The U.S. has never been cautious about “defending” its own interests, the report said. The threat of sanctions issued by the U.S. on the second line of the North Stream natural gas pipeline or on companies that do business with Iran has made Germany feel this, it added.

The politicization of the global supply chain will force China to bring the value chain back home and reduce its dependence on foreign countries, which may have an impact on German exports, according to Max J. Zenglein, chief economist of the German Mercator Institute for China Studies.

The report also pointed out that China’s economy may become stronger in the long run, so it will be more important as a market.