Dr Li Wenliang, a 34-year-old ophthalmologist, was reprimanded by officials after warning about the disease in December.

Beijing, China – Li Wenliang, a medical doctor and one of the first eight people to warn the public about the novel coronavirus, has died late last night due to the infection, sparking a level of collective anger and grief unseen on Chinese social media.

He had warned his classmates in a private WeChat message about a SARS-like virus spreading in Wuhan, the epicentre of the epidemic. He first came in contact with the virus, after treating a glaucoma patient who at the time was not aware that he had already been infected with the deadly virus.

The news of his death came around 9:30pm local time on Thursday (13:30 GMT Thursday), when Dr Li’s colleague posted on his Weibo, saying he had passed away after being sent to the intensive care unit. 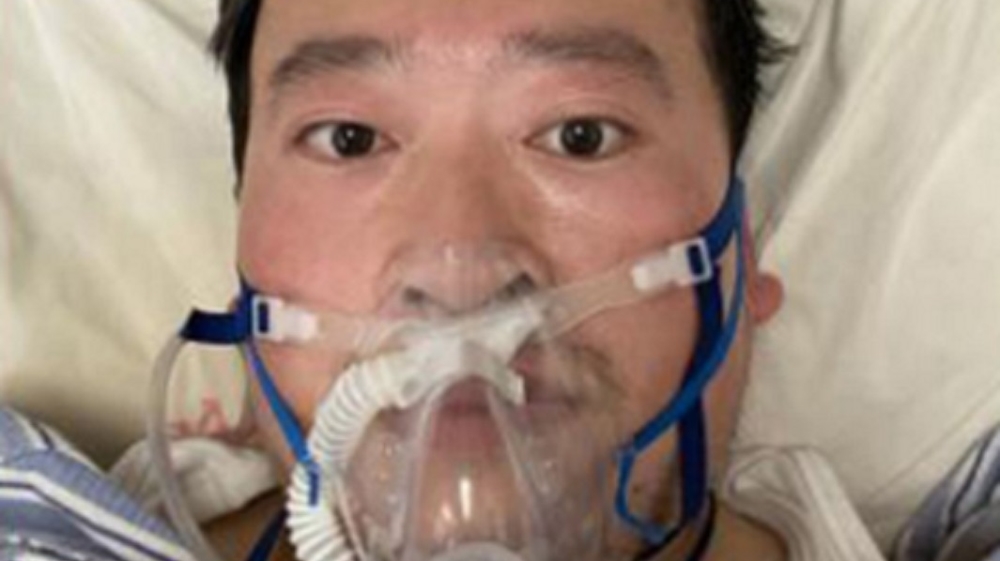 In response to the doctor’s death, China’s anti-corruption agency, the National Supervisory Commission, announced on Friday that it is sending a team to Hubei to conduct a “comprehensive investigation.”

In an almost unprecedented scene, people’s Weibo and WeChat feeds were filled with grief over Dr Li’s death.

The topic “Li Wenliang” and “Wuhan Government Still Owes Dr Li an Apology” were trending on Weibo in the first hour following the news, topping the list.

Dr Li’s death has further inflamed a nation already reeling from the outbreak that has so far killed at least 636 people and infected 31,161 others. Earlier on Wednesday, the World Health Organization (WHO) said that the number of new confirmed coronavirus cases had fallen for the first time since the outbreak began.

“Those who tell the truth are arrested for spreading rumours and those who tell nothing but lies become the leaders,” a post on Weibo said of his death. “What a sign of our times!”

The Chinese government, especially the local leadership, has been facing widespread criticism from the public over the handling of the outbreak.

From when Hubei province admitted its first coronavirus-infected patient in early December until mid-January when there was a clear sign of human-to-human transmission and a potential outbreak, the local government had tried to limit the information flow.

“Why are they still deleting posts on how the local government owes him an apology?! He deserves it! And the government really thinks we are all stupid?” another netizen angrily wrote on Weibo, referring to the hashtags related to Dr Li soon being censored.

However, as the outpouring anger flooded online, asking people to never forget his name in the battle against not just virus but also bureaucracy, Wuhan Central Hospital, the medical facility where Dr Li was receiving treatment, posted on its official Weibo account at 11pm local time (15:00 GMT Thursday), saying they were still resuscitating Dr Li.

As more people joined the prayer, hoping for a miracle, information started to emerge on how Dr Li’s heartbeat had stopped for over three hours and the resuscitation was only to calm the public’s rage.

“His condition was critical, and he stopped the heartbeat earlier tonight already, but he was put on intubation and extracorporeal membrane oxygenation (ECMO) just out of pressure from the leaders,” a source at Wuhan Central Hospital, who requested to stay anonymous, told Al Jazeera.

Their testimony was later corroborated by a number of posts online, including screenshots of conversations among doctors saying the team only tried to resuscitate him to deflect public anger about this death.

The popularity of the topic began to surge from 6 am in China, around when the other hashtag got censored. It got ~3 million views. h/t @shenlulushen

At 3:48am on Friday (19:48 GMT Thursday), the official account of Wuhan Central Hospital posted on Weibo that the death was confirmed six hours after his heartbeat allegedly stopped.

This was greeted by a wave of widespread furore.

“As a journalist, I refuse to quote the ‘official time of death’ of Dr Li, which is February 7 early morning,” Muyi Xiao, the visual editor at ChinaFile, an online magazine, said on Twitter.

“It is important for us to determine when he actually passed away, so his death date isn’t assigned by the authorities. He deserves that at the very least.”

Soon, the anger that had been focused on Dr Li’s death morphed into something much larger: an unhapiness about the lack of freedom of speech in China.

People started to cite the constitution of China: “Citizens of People’s Republic of China have the right to freedom of speech, freedom of assembly, and freedom of press.”

The hashtag “We Want Freedom of Speech” soon surged and attracted millions of searches and posts. 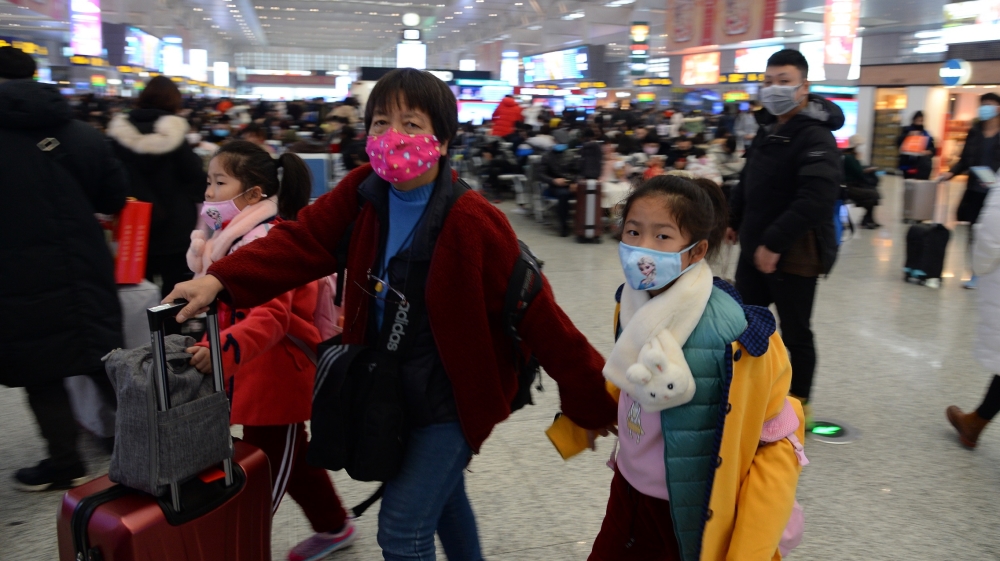 On Friday, China confirmed 636 deaths due to the coronavirus, with 31,161 others infected [Lu Hongjie/EPA]

After this hashtag was censored, “We Demand Freedom of Speech” became the most popular topic.

“Do not persuade me to be afraid of losing my account, and I hope you are not, either,” one user on Weibo, referring to the typical action censors take to delete the account if they find the posts too sensitive. “Fear is exactly what they want.”

A top comment replied with a photo shot during the infamous 1989 Tiananmen Square protest – the photo features a banner that says: “We will not fall! We will not let the executioners look tall and stop the wind of freedom from blowing.”

Some others were even creating Telegram groups to ride the wave and organise civil society, in the hope of mobilising the entire country to demand the basic political rights, which they said the Communist Party has denied them.

10+ venues were transformed into quarantine areas, offering 10k beds to patients w/o severe symptoms. The rest goes to the 28 designated hospitals.

Neighborhoods are going door-to-door to check any suspected cases who will later be quarantined in hotels. pic.twitter.com/iIWbOmF6rK

A number of people are also reporting that their WeChat moments (the Chinese equivalent of Facebook feed) were flooded with Dr Li-related posts and some were even referring this to the Wuchang Uprising – the armed rebellion against the Qing Dynasty that also happened to take place in Wuhan.

As more posts are being censored across social media, a growing number of people have started to think about how to capitalise on the anger towards the clampdown on free speech.

“Tomorrow, when you wake up, I implore you not to forget what happened last night,” one Weibo user said. “We as a nation tend to forget things like this, but for our future, please never ever forget this one.”