Prime Minister Imran Khan while taking strict notice of rising inflation has directed the authorities concerned to take steps to bring down the price of flour.

This was stated by Special Assistant to Prime Minister on Information and Broadcasting while briefing media in Islamabad this afternoon on Friday’s important meetings chaired by Prime Minister Imran Khan. 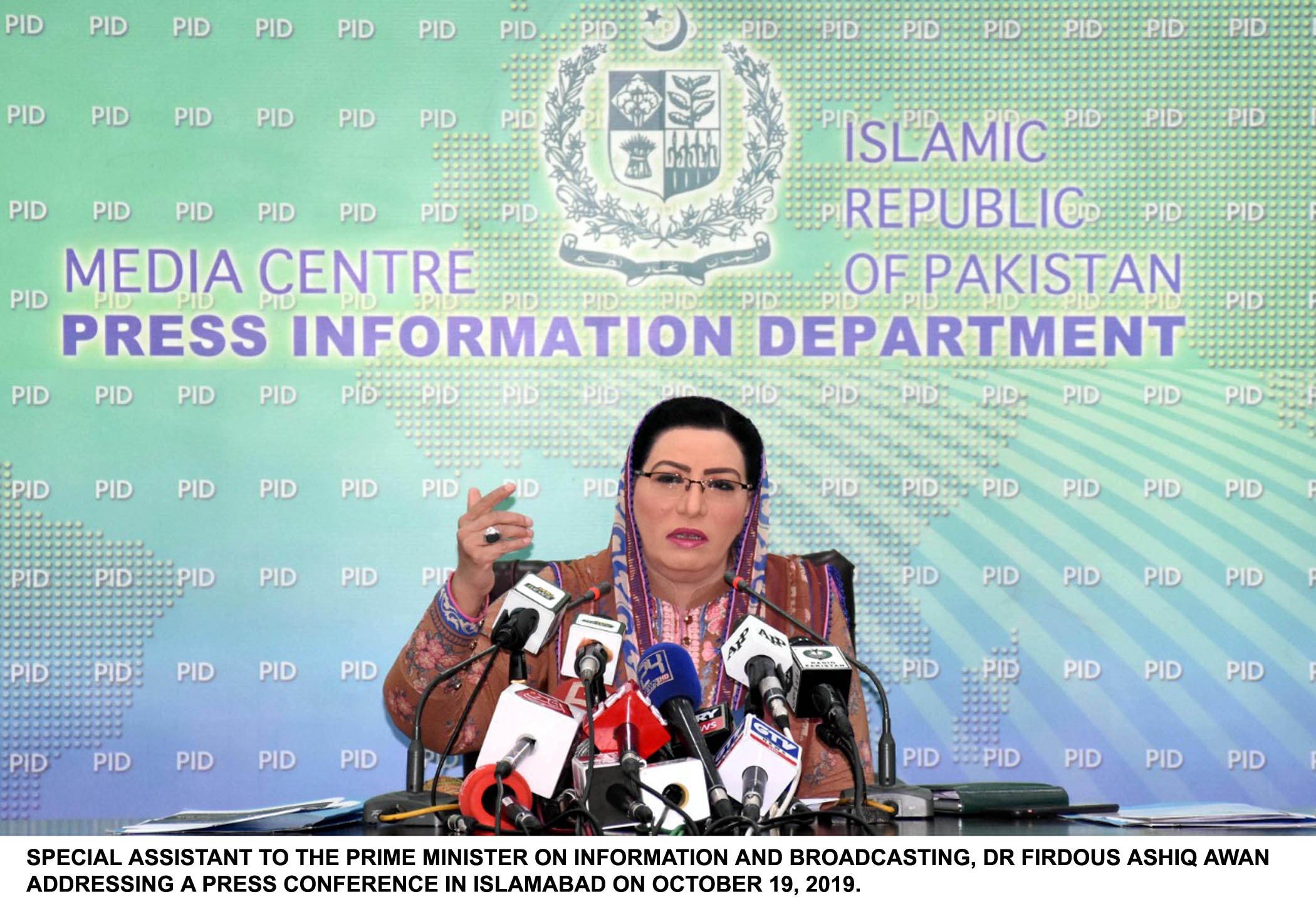 She said the Prime Minister also expressed anger over the increase in price of sugar.

SAPM said the Prime Minister has directed to take strict action against profiteers and hoarders.

Imran Khan also sought suggestions from various ministries to bring down the prices of essential items of daily use.

Dr Firdous Ashiq Awan said the price of flour increased in Sindh as the provincial government did not make purchase of wheat on time. She said the Prime Minister directed to release 100,000 tons of wheat immediately for Sindh.

The Special Assistant said the Prime Minister while chairing another meeting directed to prepare a database of properties of Evacuee Trust Property Board in order to make best utilization of them.

She said federal and provincial governments will work together to devise a strategy regarding the Auqaf properties.

Dr Firdous Ashiq Awan said the income of Muslim shrines will be used for facilitation of visitors.

Replying to a question, she said Ulema of all schools of thought attended the meeting with the Prime Minister in Islamabad yesterday.

She said the meeting had nothing to do with sit-in. She said the exploitation of people will not be tolerated in the guise of religion.

Dr Firdous Ashiq Awan said protest is democratic and basic right of every citizen and government supports it, but it will not allow anyone to take law into own hands. Pakistanis immune to coronavirus? PM Imran advises citizens not to be ‘foolish’