TOKYO – The death toll from Typhoon Hagibis rose to 55 on Monday as search-and-rescue teams continued to operate in areas hit by flooding and landslides in central and eastern Japan.

Self-Defense Forces personnel, police and firefighters were carrying out operations, with 16 people missing and at least 100 injured, according to the latest Kyodo News tally.

At a disaster task force meeting, Prime Minister Shinzo Abe said the government will do the utmost to support those affected by the typhoon and its aftereffects, adding an interagency team will be set up to improve shelters and help evacuees to find places to live.

About 38,000 people in 17 prefectures had evacuated from their homes by midday Monday, according to the Fire and Disaster Management Agency, adding 3,700 homes had been flooded across the country. 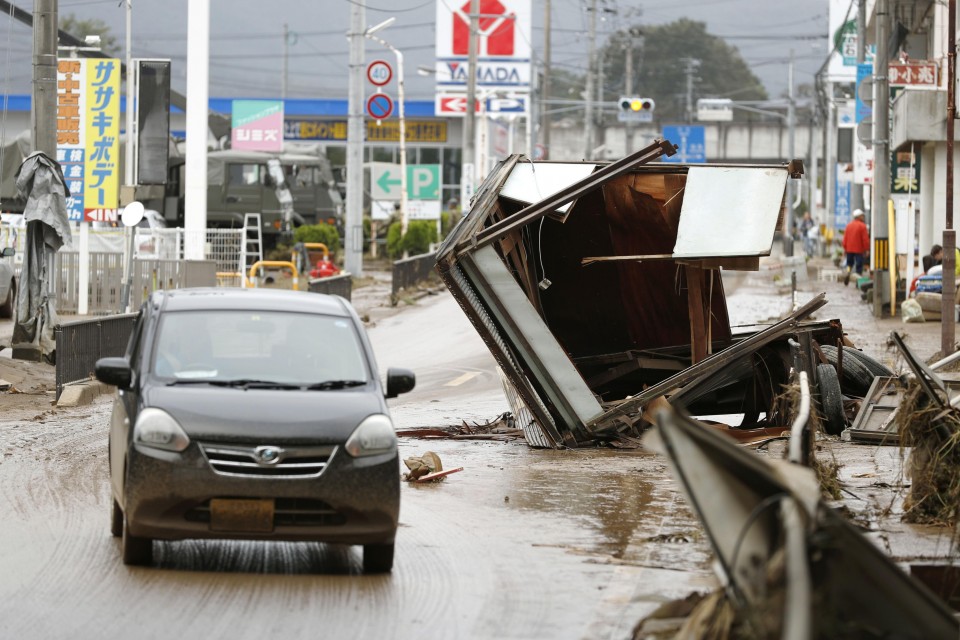 “There is concern that the impact on lives and economic activities may persist,” Abe said. “We will respond as best we can as we continue to think about those who are suffering.”

He instructed Cabinet ministers to ensure infrastructure such as electricity and water supplies are quickly restored, with numerous areas suffering outages, and to supply food, water and other materials without awaiting requests from local authorities.

In a separate meeting, Defense Minister Taro Kono told senior officials to ensure the SDF make their best efforts in responding to the disaster. 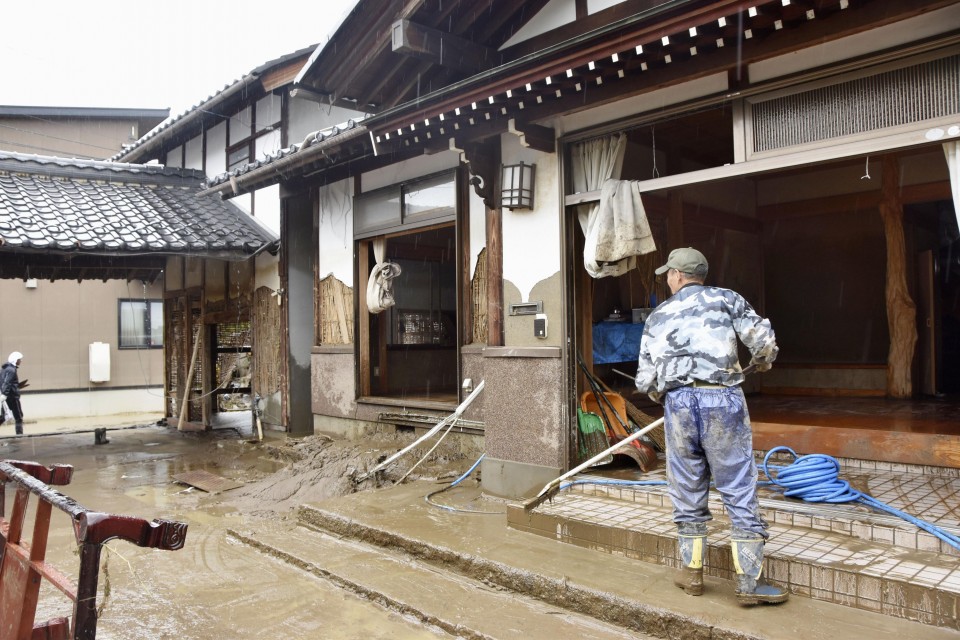 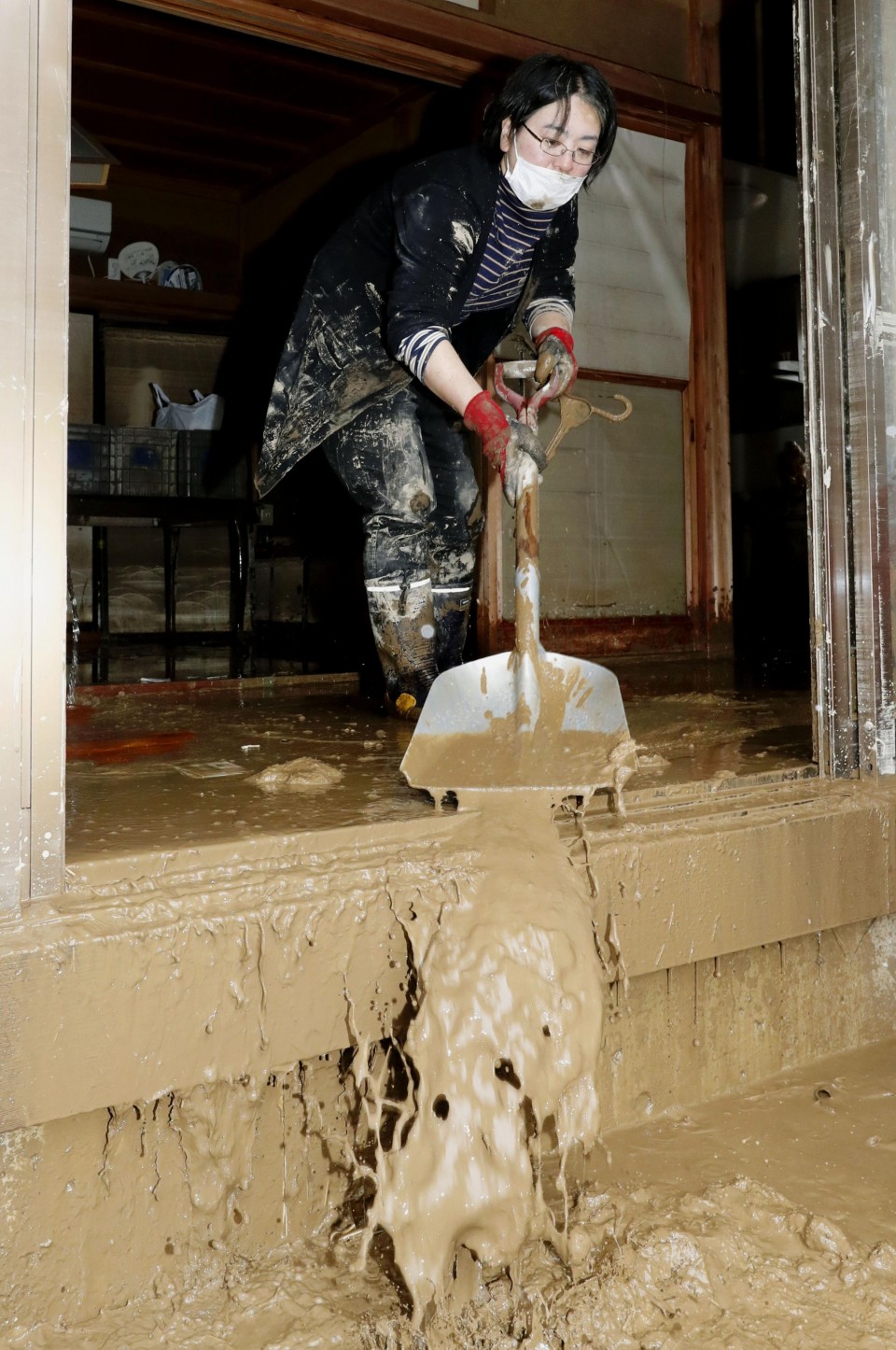 The season’s 19th typhoon dumped record rainfall that led to rivers bursting their banks, flooding residential districts and triggering landslides in 11 prefectures. Evacuees who could not return home continued to shelter in sites such as local schools.

The Ministry of Land, Infrastructure, Transport and Tourism said 37 rivers in Nagano, Fukushima, Ibaraki and three other prefectures had flooded. 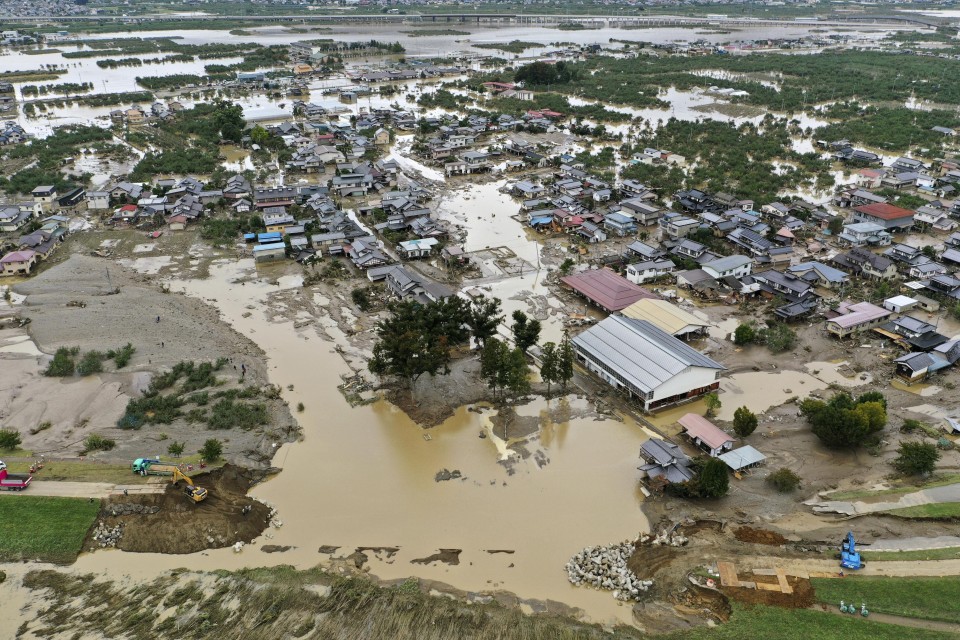 In the central Japan city of Nagano, workers used more than 20 pumping vehicles to help assess damage to the drainage system caused when the Chikuma River’s embankment collapsed.

In New York on Sunday, U.N. Secretary General Antonio Guterres extended his deep condolences to the families of victims, as well as the government and people of Japan, while wishing the injured a speedy recovery.