TEHRAN: Supreme leader Ayatollah Ali Khamenei said on Wednesday that Iran could have taken t step to develop nuclear weapons but will not because their use is “haram”, or forbidden in Islam.

“Although we could have taken steps on this path, based on Islamic ruling we firmly and bravely said we won’t take this path,” Khamenei said.

“Both building and stockpiling it is wrong, as using it is haram,” he told a group of academics in a video posted on his office’s Twitter account. 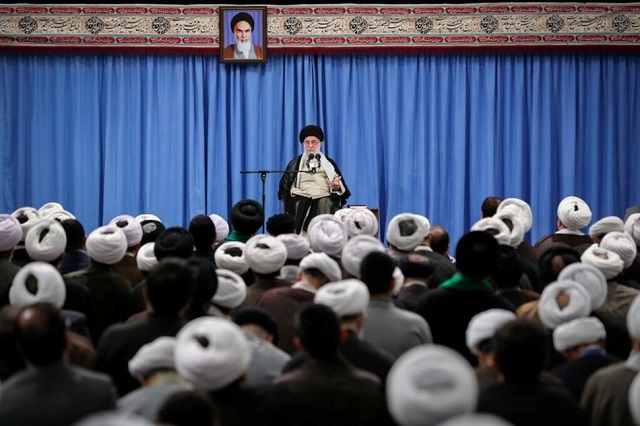 “Under Islamic principles it is definitely haram.”

Iran vehemently denies having ever sought an atomic bomb and says its nuclear programme is for peaceful energy production and medical purposes only.

In May last year, President Donald Trump unilaterally withdrew the United States from a landmark 2015 deal that gave Iran relief from sanctions in return for curbs on its nuclear programme.

Thousands of Guaido supporters march against Maduro in Venezuela